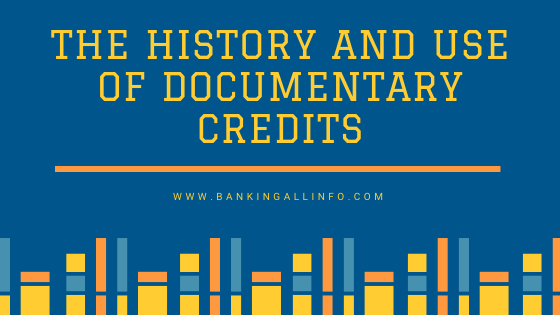 Historians have been able to trace the use of documentary credits back as far as ancient Egypt and Babylon. However, it was not until the 18th and 19th centuries that the term ‘letter of credit’ became widely used and recognized. During this period, it was common for merchants to seek out new markets and to make use of the trading opportunities offered by such markets. In order to provide their clients with a means of obtaining cash during their overseas travels, banks in the Western world introduced the concept of a traveller’s letter of credit. This document allowed bank clients to avoid the need to carry large sums of money, which could be lost or stolen.
In addition to the traveller’s letter o credit, it was usual for a formal letter of introduction to be addressed to the bank’s overseas correspondent or agent. This letter, usually sent in advance of travel, would indicate that the client was a valued customer of the bank. It would also request that the correspondent or agent provide the client with any necessary assistance.

1: The history and use of documentary credits

A traveller’s letter of credit took the form, literally, of a letter. It indicated that the issuing bank would honour bills of exchange drawn on it by the correspondent or agent in respect of amounts paid to the named traveller, plus any charges incurred by the correspondent or agent. There would also be an indication of a maximum amount that could be drawn and an expiry date.
Each correspondent or agent was required to ¡indicate on the original traveller’s letter of credit details of amounts paid and the relevant dates. The client always retained possession of the original document.
It can, therefore, be seen that the origins of the documentary credit lay in a letter’ provided by a bank to a correspondent or agent. Upon production of that letter, ‘credit’ was provided to a named client in the form of money.
From the 1840s, documentary credits began to serve as a means of facilitating payment for foreign trade transactions. It may well be that, as a result of personal contacts made during their travels, merchants were able to arrange for goods to be sent from overseas.
One of the oldest available examples of a traveller’s type letter of credit can be found in the archives of the US Library of Congress. It was issued in Washington on 4 July 1803 and signed by the President of the United States, Thomas Jefferson. It was provided to explorers Captain Meriwether Lewis and Captain William Clark as they departed on their famous expedition through the western part of the United States.
The letter read as follows. Washington. US. of America. July 4. 1 803.
Dear Sir
In the journey which you are about to undertake for the discovery of the course and source of the Missouri, and of the most convenient water communication from thence to the Pacific ocean, your party being small, it is to be expected that you will encounter considerable dangers from the Indian inhabitants. Should you escape those dangers and reach the Pacific Ocean, you may find it imprudent to hazard a return the same way and be forced.to seek a passage round by sea, in such vessels as you may find on the Western coast. But you will be without money, without clothes, & other necessaries; as a sufficient supply cannot be carried with you from hence. Your resource, in that case, can only be in the credit of the US. for which purpose I hereby authorize you to draw on the Secretaries of State, of the Treasury, of War & of the Navy of the US. according to as you may find your draughts will be most negotiable, for the purpose of obtaining money or necessaries for yourself & your men: and I solemnly pledge the faith of the United States that these draughts shall be paid punctually at the date they are made payable. I also ask of the Consuls, agents, merchants & citizens of any nation with which we have intercourse or amity to furnish you with those supplies which your necessities may call for, assuring them of honorable and prompt retribution. And our own Consuls ¡n foreign parts where you may happen to be, are hereby instructed & required to be aiding & assisting to you in whatsoever may be necessary for procuring your return back to the United States. And to give more entire satisfaction & confidence to those who may be disposed to aid you, I Thomas Jefferson, President of the United States of America, have written this letter of general credit for you with my own hand, and signed it with my name.
Tb: Jefferson
Prior to World War I, the use of documentary credits had become more widespread, but – as is the case today – a large number of sales were made without the support of a bank undertaking. As a result of the outbreak of war, previously established trading chains were suddenly put under the spotlight and either ceased completely or a bank undertaking, in the form of a documentary credit, often became a prerequisite before goods would be shipped or handed over to buyers. With new trading chains being established of necessity, and with little or no available information on the trading experience of any new counterparty buyer, exporters increasingly looked to the documentary credit to secure their payment.

1.2 The use of documentary credits

Today, a documentary credit can be used for almost any situation in which goods are being shipped, or services or performance are being provided.
This can range from multimillion-dollar -renminbi, -euro, etc, building projects to the shipment of a simple spare part for a machine or vehicle.
By far the most common type of goods falls into the category of ‘consumables, clothing, food, (rice, wheat, sugar, etc.)’. However, transactions can equally apply to more unusual items, such as the sale, lease or scrapping of a vessel or aircraft and suchlike.
In some countries, local legislation will impose a requirement for the use of a documentary credit for all, or certain, types of good that are imported.
This ensures that the import of the underlying goods will be subject to specific terms and conditions that can mirror and /-or comply with local requirements.
Documentary credits are also used in some countries to support local assembly industries. For example, a documentary credit will cover the import of goods in a kit form. The staff of the local factory will put these materials together to create a finished article. These can be goods such as televisions, fridge freezers, motor vehicles, etc. The use of a documentary credit allows for its terms and conditions to include details of when and how certain components are to be shipped, ¡n order to match the process and workflow of the factory.
Provided that a shipment of goods or the provision of a service or performance can be documented, and those documents can be presented to a bank, it is possible for a documentary credit to be the method of settlement.
Answers to chapter review questions
One of the first forms of letter of credit introduced was known as which one of the following?
A. A businessman’s letter of credit
B. An exporter’s letter of credit
C. A traveler’s letter of credit
D.A seller’s letter of credit
The correct answer is C. One of the first forms of documentary credit was known as the traveler’s letter of credit.

A. True
B. False
The correct answer is B. Documentary credits have been traced back to Ancient Egypt and Babylon.

A. True
B. False
The correct answer is B. A documentary credit can potentially be used for any purpose.