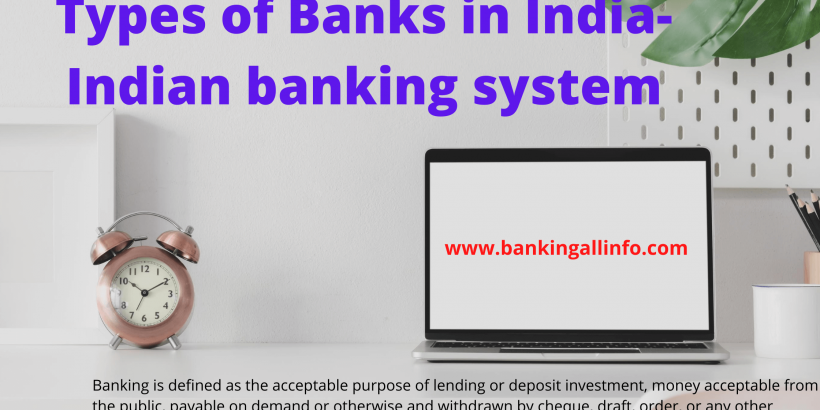 Types of Banks in India: Banking is defined as the acceptable purpose of lending or deposit investment, money acceptable from the public, payable on demand or otherwise and withdrawn by cheque, draft, order, or any other means – this definition is given in the Banking Act of India (1949).

From this definition, we can say that a bank has two main features:

(1) the bank accepts deposits of money which are withdrawable by cheques,

(2) the bank uses the deposits for lending. To be recognized as a bank the institution must use the deposits to give loans to the general public. 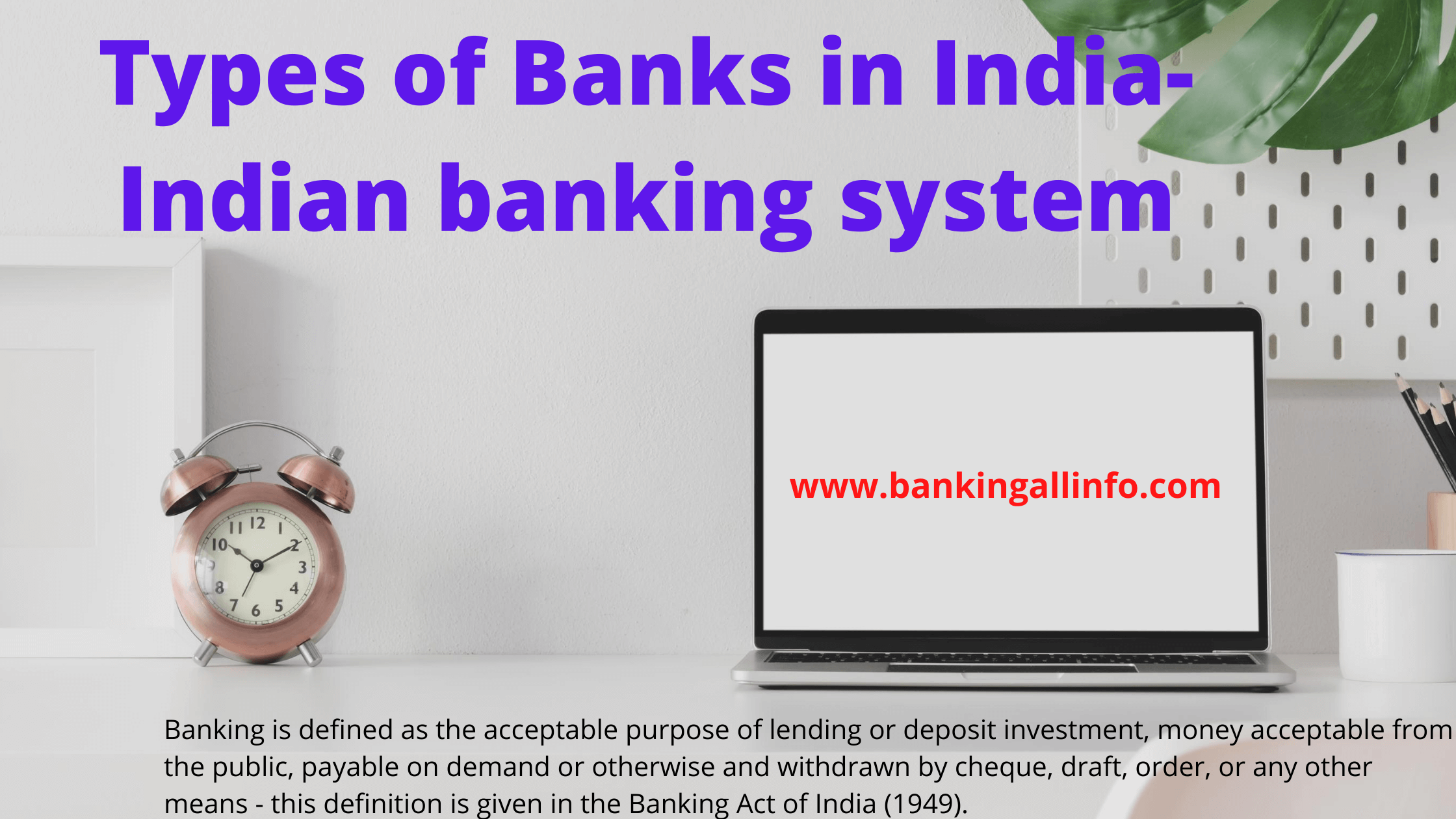 If an institution accepts deposits withdrawable by cheques but uses the deposits for its own purpose, such an institution cannot be regarded as a bank. Post office, savings banks are not banks, because they accept chequable deposits but do not sanction loans. In the same way. The lie is not a bank because it does not grant loans in general. LITI, LIC, IDBI, etc. are regarded as non- banking financial institutions as they do not create money.

Types of Banks in India :

The Indian banking system can broadly be classified into two categories:

Types of banks in countries like India are discussed below:

All Commercial Banks, Regional Rural Banks, State Cooperative Banks are scheduled banks. On the other hand, non-schedule banks are those banks whose total paid-up capital is less than Rs 5 lakh and RBI has no specific control over these banks. These banks are not included in the second schedule of RBI Act, 1934.

The exact date of the existence of an indigenous bank is not known. But, it is certain that the old banking system has been functioning for centuries. Some people trace the presence of indigenous banks to the Vedic times of 2000-1400 BC. It has admirably fulfilled the needs of the country in the past.

However, with the coming of the British, its decline started. Despite the fast growth of modern commercial banks, however, the indigenous banks continue to hold a prominent position in the Indian money market even in the present times. It includes shroffs, sethus, Mahajan’s, chettis, etc. The indigenous bankers lend money; act as money changers and finance internal trade of India by means of hundis or internal bills of exchange

From very ancient days indigenous banking as different from modern western banking has been organized in the form of family or individual business. They have been called by various names in different parts of the country as Shroffs, Sethus, Sahukars, Mahajans, Chettis, and so on. They vary in their size from petty money lenders substantial shroffs.

In each country, there exists a central bank that controls a country’s money supply and monetary policy. It acts as a bank to other banks, and a lender of last resort. India Reserve Bank of India (RBI) is the Central Bank.

Co-operative banks are organized under the provisions of the Co-operative societies law of the state. These banks were originally set up in India to provide credit to the farmers at cheaper rates. However, the co-operative banks function also in the urban sectors.

The primary objective of these banks is to provide long-term loans to farmers at low rates in matters related to land, The land mortgage banks are also known as the Land Development Banks.

Regional Rural Banks (RRBs) are established in rural areas to meet the needs of the weaker section of the rural population.

This bank was established in 1982 in India in view of providing the rural credit to the farmers. Actually, it is an apex institution that co­ordinates the functioning of different financial institutions working in the field of rural credit. NABARD has been making continuous efforts through its micro-finance program or improving the access of the rural poor to formal institutional credit. The self-help group (SHG) – Bank linkage program was introduced in 1992 as a mechanism to provide financial services to the rural poor people on a sustainable basis.

These banks are engaged in buying and selling foreign exchange. These banks help the growth of international trade.

It is popularly known as ‘Export-Import Bank’. Such banks provide long term financial assistance to the exporters and importers.