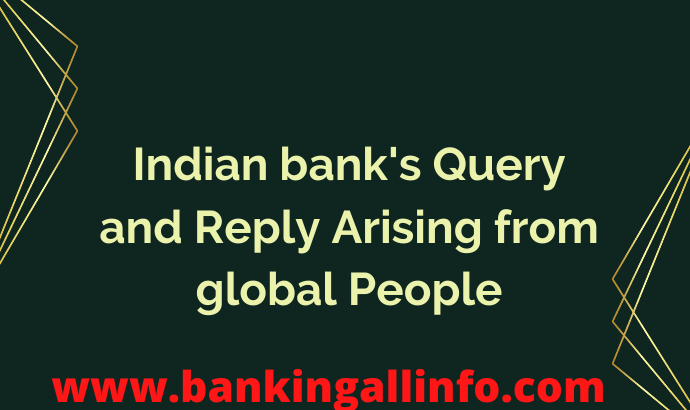 The Reserve Bank estimates the demand for banknotes on the basis of the growth rate of the economy, the replacement demand and reserve stock requirements by using statistical models/techniques.

Cash reserve Ratio (CRR) is the amount of funds that the banks have to keep with the RBI. If the central bank decides to increase the CRR, the available amount with the banks comes down. The RBI uses the CRR to drain out excessive money from the system. Scheduled banks are required to maintain with the RBI an average cash balance, the amount of which shall not be less than 4% of the total of the Net Demand and Time Liabilities (NDTL), on a fortnightly basis.

Reverse Repo rate is the rate at which the RBI borrows money from commercial banks. Banks are always happy to lend money to the RBI since their money are in safe hands with a good interest. An increase in reverse repo rate can prompt banks to park more funds with the RBI to earn higher returns on idle cash. It is also a tool which can be used by the RBI to drain excess money out of the banking system.

The rate at which the RBI lends money to commercial banks is called repo rate. It is an instrument of monetary policy. Whenever banks have any shortage of funds they can borrow from the RBI. A reduction in the repo rate helps banks get money at a cheaper rate and vice versa. The repo rate in India is similar to the discount rate in the US.

Statutory liquidity ratio refers to the amount that the commercial banks require to maintain in the form of gold or govt. approved securities before providing credit to the customers. Here by approved securities we mean, bond and shares of different companies. Statutory Liquidity Ratio is determined and maintained by the Reserve Bank of India in order to control the expansion of bank credit. It is determined as percentage of total demand and time liabilities.

Most automated teller machines (ATMs), or machines that dispense cash, are owned by banks. But ones that are owned and operated by non-banking companies are called while-label ATMs (WLAs). They function just the same way as any other bank-run ATM.
Tata Communications Payment Solutions Ltd. (TCPSL), a subsidiary of Tata Communications on June 2013, rolled out the first-ever white label Automated Teller Machines (ATMs) network under the brand Indicash.
20.How inflation effect on money and price?
In economics, inflation is a rise in the general level of prices of goods and services in an economy over a period of time.[1] When the general price level rises, each unit of currency buys fewer goods and services. Consequently, inflation reflects a reduction in the purchasing power per unit of money – a loss of real value in the medium of exchange and unit of account within the economy. A chief measure of price inflation is the inflation rate, the annualized percentage change in a general price index (normally the consumer price index) over time.
Inflation’s effects on an economy are various and can be simultaneously positive and negative. Negative effects of inflation include an increase in the opportunity cost of holding money, uncertainty over future inflation which may discourage investment and savings, and if inflation is rapid enough, shortages of goods as consumers begin hoarding out of concern that prices will increase in the future. Positive effects include ensuring that central banks can adjust real interest rates (to mitigate recessions),[5] and encouraging investment in non-monetary capital projects.

It is a mortgage crisis referring to credit default by the borrowers.
Sub-Prime borrowers were those borrowers who were rated low and were high risk borrowers.
This crisis originated because of negligence in credit rating of the borrowers.
Only 1
Only 2
Only 3
All 1, 2, and 3

1- What are ‘Open Market Operations”?
A.Activities of SEBI-registered brokers B.Selling of currency by the RBI C.Selling of gilt-edged securities by the government D.Sale of share by FIIs E.None of these

Answer  –  B (State Bank of India)
4- Bank deposit that can be withdrawn without any notice are called?
A.Account payee deposit B.Fixed deposit C.Variable deposit D.Demand draft E.None of these

Answer  –  B (Financing of environment friendly projects by banks)
8- An instrument of qualitative credit control in India is?
A.Open market operations B.Credit rationing C.Change in reserve ratio D.Bank rate policy E.None of these

Answer  –  B (Credit rationing)
9- The Monetary Policy of India is announced by the?
A.Prime Minister B.Governor of the RBI C.Union Finance Minister D.Union Commerce Minister E.None of these

Answer  –  B (Governor of the RBI)
10- Which of the following rates is NOT decided by the Reserve Bank of India?
A.Bank rate B.Repo rate C.Reverse Repo rate D.Income Tax rate E.None of these

Answer with Explanation
Answer: Option D
Explanation:
Reserve Bank of India (RBI) is the supreme banking authority of India. All the public & private sector banks or any financial institution in India are controlled by RBI.
RBI is responsible for issuing, exachanging or destroying of currency.
RBI acts as a merchant banker for the Central and State Government. RBI maintains all the banking accounts of the scheduled banks.
RBI operate all the financial and banking operations in India.
2. In India, Micro finance development and Equity fund is maintained by-

Answer with Explanation
Answer: Option A
Explanation:
Small Industries Development Bank of India (SIDBI) set up on April 2, 1990. It is headquartered at Lucknow. SIDBI is playing the role for the growth and  development of Micro, Small and Medium-scale Enterprises (MSME).

3.Which are the following rates are decided by the RBI is called “Policy Rate”?

Answer with Explanation
Answer: Option A
Explanation:
Cash reserve ratio (CRR) is the funds that all the scheduled bank have to maintain with RBI, the supreme banking authority of India. By increasing the CRR RBI drain out excessive funds from the scheduled banks.

Answer with Explanation
Answer: Option C
Explanation:
‘Kfw’ is financial and banking group of Germany. It is Government owned group/bank founded on 1948.

Answer: Option C
Explanation:
Wholesale banking is the services offered by a merchant bank to other banks and financial instituion(Large corporate clients, Real Estate Developers and etc.). Where Retail banking is the banking with samll individual customers.

Answer: Option C
Explanation:
Cash reserve ratio (CRR) is the funds that all the scheduled bank have to maintain with RBI.
Example: Suppose the CRR is 4% . Someone opens a bank account with Rs. 5000 in SBI. So now SBI has to park Rs. 200 to RBI as per the CRR rate.
4% of 5000 = 200
Source: http://www.basictell.com/general-knowledge_questions-answers_banking-awareness-1

Answer: Option C
Explanation:
HDFC Bank signed a memorandum of understanding (MoU) with the Government e-Marketplace (GeM) under which, it will facilitate a host of transaction/banking related services for the portal. GeM is an online marketplace for central and state government ministries/ departments, central or state public sector undertakings, autonomous institutions and local bodies for procurement of common use goods/services. GeM brings in transparency and efficiency in the entire public procurement process. About 20 states have already signed a MoU with GeM. Role of HDFC Bank would be to ensure timely payment to the sellers.

Answer: Option A
Explanation:
Reliance Jio Director Akash Ambani, has signed an agreement for merging the digital music service Saavn with JioMusic to create a digital media platform with global reach. The total value of the deal will be over $1 billion. As part of the deal, additionally, Reliance will be acquiring a partial stake from the existing shareholders of Saavn for $104 million

Answer: Option D
Explanation:
Delhi Metro, in association with IndusInd Bank, launched a dual purpose Metro Plus’ debit card that will enable customers of IndusInd bank to use it for metro train rides as well as for all other regular debit card transactions. The Metro Plus Card, developed by IndusInd bank, has an embedded Delhi Metro Transit chip along with the secured Debit Card Chip. The card can be topped-up via IndusInd Bank ATMs, IndusMobile app, net banking and SMS. The card users can also get their smart cards auto topped up at Delhi Metro’s (Automatic Fare Collection) AFC Gates.

Answer: Option A
Explanation:
Allahabad Bank stated that it has received approval from Union Ministry of Corporate Affairs for amalgamation of its fully-owned subsidiary All Bank Finance Ltd. (ABFL) with itself. Bank’s board had approved the proposed amalgamation in December 2016. All Bank Finance offers fee-based services like debenture trusteeship, distribution of mutual fund schemes, investment advisory and portfolio management and security valuation. For financial year 2016-17, ABFL’s total income stood at Rs 13.30 crore, while the net profit was Rs 6.76 crore.

Answer: Option B
Explanation:
Online food ordering and delivery platform, Swiggy and India’s largest private bank, ICICI Bank have partnered to roll out two innovative digital solutions to facilitate a convenient and hassle-free way for delivery partners to transfer funds to Swiggy. The first one is a Unified Payment Interface (UPI) based solution which enables instant fund transfers on-the-go while the other is a facility for depositing cash at automated Cash Deposit Machines (CDM) available at ICICI Bank branches and ATMs across India. Swiggy has integrated the UPI solution with ICICI Bank, which offers a secure and scalable mode to enable collection of funds from its delivery partners. Under this arrangement, Swiggy’s delivery partners will have their own UPI handle, to which they can link their savings bank account and start transacting by using any UPI-enabled app like ICICI Bank ‘Pockets’, ‘Google Tez’, ‘BHIM’,etc.

Explanation:
Bank of America has started rolling out Erica, its chatbot that can help customers check balances, remind about bills and answer bank-related questions. Erica has been rolled out to customers in Rhode Island. Bank of America had first introduced Erica at fintech and payments conference Money 2020 in October 2016. Testing of Erica was conducted during 2017. Customers of Bank of America will be able to interact with Erica via voice or text and it will help them with routine day to day banking transactions.

Answer: Option B
Explanation:
India’s largest lender State Bank of India SBI and India Mortgage Guarantee Corporation (IMGC) signed a pact to offer mortgage guarantee scheme for prospective non-salaried and self-employed home loan customers. The offering will help increase home loan eligibility up to 15% within the regulatory norms. The MoU between SBI and IMGC is a strategic initiative which will enable to improve housing loan volumes in the non-salaried segment.

Answer: Option C
Explanation:
Karnataka Bank opened its first all-woman branch at Bull Temple Road in Bengaluru. This is the 36th branch opened by the Bank during the current financial year 2017-18 and the 800th branch of the bank. Karnataka Bank is a major Private Sector Banking institution headquarted at Mangaluru in Karnataka.

Explanation:
As per World Bank’s biannual publication, India Development Update: India’s Growth Story, India’s Gross Domestic Product (GDP) growth for next financial year i.e. FY 2018-19 is projected at 7.3 per cent. World Bank has outlined that Indian economy is likely to recover from the impact of demonetisation in November 2016 and roll out of Goods and Services Tax (GST) July 2017 and will accelerate further to 7.5 per cent in 2019-20.