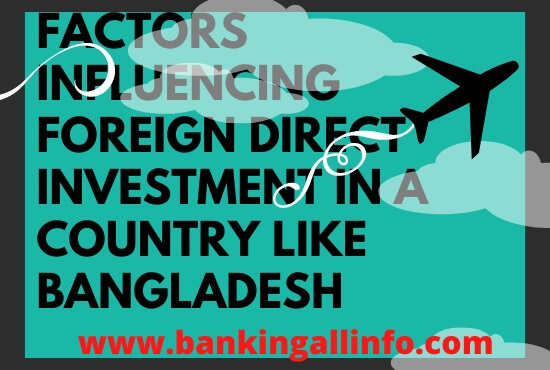 Factors influencing Foreign Direct Investment in a Country: Foreign Direct Investors look into various factors before making investment decision in a country. After 1990, in India, the government adopted a New Economic Policy which promoted the policy of LPG (Liberalization, Privatization and Globalization). This has resulted in promoting more foreign direct investment into the country. 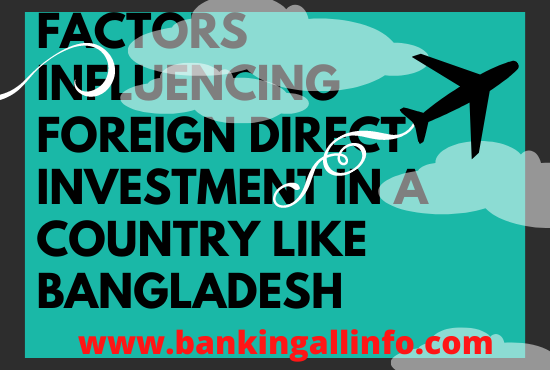 The following are the various factors an FDI look for before investment:

Thus, return on investment is a major deciding factor for FDls while undertaking investment in foreign countries. They also would like to ensure that the payback period is also less so that the return is ensured within a short period. Weightage is given to each of these factors and decisions are finalized.

However, wage rates alone do not determine FDI, countries with high wage rates can still attract higher tech investment. A firm may be reluctant to invest in Sub-Saharan Africa because low wages are outweighed by other costs.

Related to political stability is the level of corruption and trust in institutions, especially judiciary and the extent of law and order.

Evaluation: There are many different factors that determine foreign direct investment (FDI) and it is hard to isolate individual factors, given there are many different variables. It also depends on the type of industry. For example, with manufacturing FDI, low wage costs tend to be the most important, as they are labour intensive industry. For service sector FDI, macro-economic stability and political openness tend to be more important.

It can provide substitute products and increase supply of top products in a country through imports.
It creates employment for the locals
Enhances development of local infrastructure
It enables locals to access products that are not produced within the country.

There are a number of factors that affect foreign direct investment in different countries. These include:

Government regulations and policies on investment.

Raw materials attract more investors into the country. This is because a country endowed with raw materials helps investors reduce costs of production. This is one of the reasons why many investors have recently flocked in African countries. In addition to raw materials, foreign direct investment is also affected by availability of trade facilitation instruments such as proper infrastructure.

The human resources in a country can determine whether or not investors flock the country. A country with high numbers of skilled and educated personnel that are readily available will attract companies in need of skilled human resources. Similarly some companies which are more labour intensive will often flood poor countries with high populations because of the vast availability of cheap labor.
Economic growth of a country.

A country that progresses economically tends to attract more foreign direct investment because economic growth boosts investor confidence. Countries with high rates of economic growth also tend to have many consumers who have economic muscle and can thus afford to purchase manufactured goods. The opposite is true for countries undergoing recession which reduces spending amongst consumers.
Political stability and security of a country.

Political stability and security of a country also determine the amount of foreign direct investment that a country attracts. Countries which are politically stable and are renowned for secure systems and environments have more foreign investors. On the other hand, the countries which have insecurity issues and political instability attract fewer investors.
Cost and ease of doing business.

The cost of production is a very important factor in attracting foreign direct investment. The ease of starting and running a business also influences the decisions of foreign investors to venture into specific foreign markets. The Ease of Doing Business Index is normally used to rank the ability of countries to facilitate and expedite opportunities for the investors.