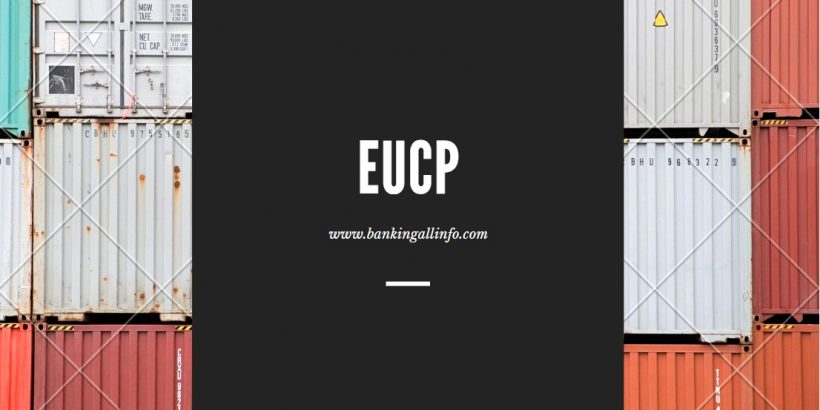 Chapter-23
Learning objectives:
This chapter includes a brief history and outline of eUCP.
By the end of this chapter, you should be able to:
◆◆ describe the features of eUCP; and
◆◆ understand the contrast between the rules in UCP 600 and those
under eUCP.
23.1 eUCP
The ICC published its Supplement to the Uniform Customs and Practice for Documentary Credits for Electronic Presentations (eUCP) on 31 March 2002. At the time, they were the most quickly developed set of ICC rules,
taking just 18 months from the initial drafting to publication.
The eUCP represented the first move by the ICC Banking Commission to expand the reach of UCP to cater for dematerialised documentation transactions transmitted electronically. The rules were updated in 2007 to accompany the publication of UCP 600.
23.2 The key features of eUCP
The key features of eUCP can be summarised as follows.
◆◆ eUCP version 1.1 is a supplement to, and must be used in conjunction with, UCP 600.
◆◆ It is flexible and may be used to facilitate mixed presentations comprising part-paper and part-electronic presentations, or fully electronic presentations.
◆◆ It is intended to be dynamic. The current version 1.1 represents the second version and is a foundation for the future revisions that will be needed to keep pace with changes to technology and practice.
◆◆ It is structured to align with UCP 600 and its rules follow a logical sequence of activities undertaken in an electronic presentation.
◆◆ It provides definitions of terminology used within its text.
◆◆ The provisions of its articles, in relation to UCP 600, may be categorised into four groupings, as follows.
–– Provisions of UCP 600 that have no parallel in the eUCP and are applicable to an eUCP documentary credit.
For example, the provisions regarding the undertaking and obligations of the issuing bank, confirming bank and advising bank, and the limitation on the obligations of a nominated bank that does not act pursuant to its nomination contained in UCP 600, articles 2,4–9 and 12, remain unchanged.
–– Provisions of the eUCP that add to, but do not contradict, UCP 600 rules with respect to an electronic record and which do not impact the UCP 600 provisions with respect to paper documents.
For example, eUCP, article e3(a), provides as follows.
Definitions
a. Where the following terms are used in the UCP, for the purposes of applying the UCP to an electronic record presented under an eUCP credit, the term:
i. appear on their face and the like shall apply to examination of the data content of an electronic record.
ii. document shall include an electronic record.
iii. place for presentation of electronic records means an electronic address.
iv. sign and the like shall include an electronic signature.
v. superimposed, notation or stamped means data content whose supplementary character is apparent in an electronic record.
–– Provisions of the eUCP that differ from the treatment of paper documents under UCP 600, but which relate only to an electronic record so that there is no change to the provisions of UCP 600 as to paper documents under an eUCP documentary credit.
For example, eUCP, articles e11 and e12, provide as follows.
Article e11
Corruption of an Electronic Record after Presentation
a. If an electronic record that has been received by the issuing bank, confirming bank, or another nominated bank appears to have been corrupted, the bank may inform the presenter and may request that the electronic record be represented.
b. If the bank requests that an electronic record be re-presented:
i. the time for examination is suspended and resumes when the presenter re-presents the electronic record; and
ii. if the nominated bank is not the confirming bank, it must provide the issuing bank and any confirming bank with notice of the request for re-presentation and inform it of the suspension; but
iii. if the same electronic record is not re-presented within thirty (30) calendar days, the bank may treat the electronic record as not presented, and
iv. any deadlines are not extended.
Article e12
Additional Disclaimer of Liability for Presentation of Electronic Records under eUCP
By satisfying itself as to the apparent authenticity of an electronic record, banks assume no liability for the identity of the sender, source of the information or its complete and unaltered character other than that which is apparent in the electronic record received by the use of a commercially acceptable data process for the receipt,
authentication and identification of electronic records.
–– Provisions of the eUCP that change the UCP 600 rule under which the documentary credit is subject to eUCP and which are applicable whether or not they apply to an electronic record or a paper document presented under an eUCP documentary credit.