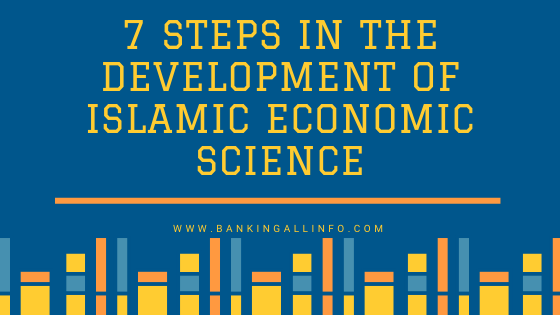 In my view, there are at least seven steps in the formulation and development of Islamic economic science. They are interlinked with each other. The first step is to identify an economic problem or an issue. It is to be followed by a search for the explicit or implicit guiding principles of the Shafl’ah through which we should seek solution of the problem in question. These principles, which can be derived or deduced from the Qur ‘an and the Sunnah, can be seen as timeless. But at an operational level the knowledge on which these principles are based need to be formulated and conceptualized first. This is where a process of theoretical formulation of the problem begins: the starting point of Islamic economic science. They are relative to space and time. Because “why”, “how”, “what”, “for whom” and “which” questions are to be linked to the principles so identified. These questions need to be examined in terms of available options and alternatives having space and time dimensions.

From this follows the prescription of policy. It is to be clearly recognized at this stage that an “ought” statement of what should be is to be linked not only with the level of theoretical formulation but also with the level of prescription of the policy package. Here both the ethical judgements, being among the more permanent components of the system of values based on the Shañ’ah, and the value judgements on the basis of one’s intuitive feelings or individual opinions concerning specific events may influence both the description of concepts and the prescription of the policy.

Although Islam recognizes the role of the individual value judgement it should always be subordinated to the ethical judgement. Now, the policy which emerges from theoretical analysis is to be implemented. So is the need for an appropriate institution without which an idea cannot take shape. But any gap between the achievement or the actual and the perceived goal or target represents the inadequacy of the theoretical formulation and consequent policy prescription. It calls for the review of the principles. It is also indicative of the need for reconstruction of Islamic economic theory and policy. This is a continuous process. As such, there are unlimited possibilities for the growth of Islamic economic science.

The following table summarizes the steps involved in the development of Islamic economic theories, policies and institutions. This table coupled with the explanatory notes should be helpful in understanding the evolution of Islamic economics as a social science.

It is important to offer some explanatory notes on each of the steps as indicated in the table.

Step (1)
For the sake of simplicity we have identified three basic economic functions — consumption, production and distribution — common to all economic systems irrespective of their differences in ideologies.

Step (2)
Some of the fundamental principles governing these basic functions which are timeless Islamic perspectives rooted in the Shaü’ah. Take the example of “moderation” in consumption. This principle of “moderation” is to be reflected in the consumption behaviour of Muslims both at microeconomic and macroeconomic level. This principle has no time dimension: it is essentially based on the Islamic woridview in economic matters (i.e, normative values).

Step (3)
Now there is a need to identify the method of its operation (i.e. process); this “knowledge” needs to be formulated or conceptualized. This is where the development of the theory starts and where Islamic economic science begins. Thus the choice of variables or the use of ethically-based economic reasoning are to be directed to infer behaviour patterns appropriate for the achievement of preselected objectives (i.e., moderation). Thus, in explaining the consumption function in an Islamic economy it should be possible to identify variables rooted in the Shañ’ah. This theoretical formulation has a time dimens ion. It can be replaced or modified by superior theoretical formulations, which are value-loaded indeed.

Step (4)
It follows that once this concept of “moderation” is formulated, we need to prescribe a definite basket of goods and services to achieve the goal of “moderation” either at individual or at aggregate level. Its contents and composition are changeable; it depends on the level of social and economic conditions of the society concerned.

Step (6)
This step indicates the need for evaluation in terms of predetermined or perceived goals or targets of how we intend to maximize welfare within the overall framework of principles as set out in step (2) as well as within the dual notion of return—economic and non-economic, making the positive and normative considerations relatively indistinguishable and unimportant.

Step (7)
This step gives the result of the evaluation. This feedback is needed to determine the gap between actual implementation of policy (step (5)) and perceived achievement. This is where the interpretation of the principles (as indicated in step (2)) on which the Islamic economic theory on which development of the policy and institution is based starts (as stated in step (3), (4) and (5)).
Following the logic and reasoning advanced in steps (2) to (7), consumption, production and distribution processes as indicated in the table can be further explained.