ARTICLE 12:Nomination
a. Unless a nominated bank is the confirming bank, an authorization to honour or negotiate does not impose any obligation on that nominated bank to honour or negotiate, except when expressly agreed to by that nominated bank and so communicated to the beneficiary. b. By nominating a bank to accept the draft or incur a deferred payment undertaking, an issuing bank authorizes that nominated bank to prepay or purchase a draft accepted or a deferred payment undertaking incurred by that nominated bank. c. Receipt or examination and forwarding of documents by a nominated bank that is not a confirming bank does not make that nominated bank liable to honour or negotiate, nor does it constitute honour or negotiation.
ARTICLE 13:BANK-TO-BANK REIMBURSEMENT ARRANGEMENTS
a.If a credit states that reimbursement is to be obtained by nominated bank (“claiming bank”) claiming on another party (“reimbursement bank”), the credit must state if the reimbursement is subject to the ICC rules for bank-to-bank reimbursements in effect on the date of issuance of the credit. b.If a credit does not state that reimbursement is subject to the ICC rules for bank-to-bank reimbursements, the following apply: i. An issuing bank must provide a reimbursing bank with a reimbursement authorization that conforms with the availability stated in the credit. The reimbursement authorization should not be subject to an expiry date. ii. A claiming bank shall not be required to supply a reimbursing bank with a certificate of compliance with the terms and conditions of the credit. iii. An issuing bank will be responsible for any loss of interest, together with any expenses incurred, if reimbursement is not provided on first demand by a reimbursing bank in accordance with the terms and conditions of the credit. iv. A reimbursing bank’s charges are for the account of the issuing bank. However, if the charges are for the account of the beneficiary, it is the responsibility of an issuing bank to so indicate in the credit and in the reimbursement authorization. If a reimbursing bank’s charge are for the account for the beneficiary, the shall be deducted from the amount due to a claiming bank when reimbursement is made, the reimbursing bank’s charge remain the obligation of the issuing bank. C. An issuing bank is not relieved of any of its obligations to provide reimbursement if reimbursement is not made by a reimbursing bank on its first demand.
ARTICLE 14:STANDARD FOR EXAMINATION OF DOCUMENTS
a. A nominated bank acting on its nomination, a confirming bank, if any, and the issuing bank must examine a presentation to determine, on the basis of the documents alone, whether or not the documents appear on their face to constitute a complying presentation. b. A nominated bank acting on its nomination, a confirming bank, if any, and the issuing bank shall each have a maximum of five banking days following the day of presentation to determine if a presentation is complying. This period is not curtailed or otherwise affected by the occurrence on or after the date of presentation of any expiry date or last day for presentation. c. A presentation including one or more original transport documents subject to articles 19, 20, 21, 22, 23, 24 or 25 must be made by or on behalf of the beneficiary not later than 21 calendar days after the date of shipment as described in these rules, but in any event not later than the expiry date of the credit. d. Date in a document, when read in context with the credit, the documents itself and international standard banking practice, need not be identical to, but must not conflict with, data in that document, any other stipulated document or the credit. e. In documents other than the commercial invoices, the description of the goods, services or performance, if stated, may be in general terms not conflicting with their conflicting with their description in the credit. f. If a credit requires presentation of a document other than a transport documents, insurance document or commercial invoice, without stipulating by whom the document is to be issued or its data content, banks will accept the document as presented if its content appears to fulfill the function of the required document and otherwise complies with sub-article 14 (d). g. A document presented but not required by the credit will be disregarded and may be returned to the presenter. h. If a credit contains a condition without stipulating the document to indicate compliance with the condition, banks will deem such condition as not stated and will disregard it. i. A document may be dated prior to the issuance date of the credit, but must not be dated later than its date of presentation. j. when the addresses of the beneficiary and the applicant appear in any stipulated document, the need not be the same as those stated in the credit or in any other stipulated document, but must be within the same country as the respective addresses mentioned in the credit. Contact details (telex, telephone, email and the like) stated as part of the beneficiary’s and the applicant’s address will be disregarded. However, when the address and contact details of the applicant appear as part of the consignee or notify party details on a transport document subject to articles 19, 20, 21, 22, 23, 24 or 25, they must be as stated in the credit. k. The shipper or consignor of the goods indicated on any document need not be the beneficiary of the credit. l. A transport document may be issued by any party other than a carrier, owner, master or charter provided that the transport document meets the requirements of articles 19, 20, 21, 22, 23 or 24 of these rules. 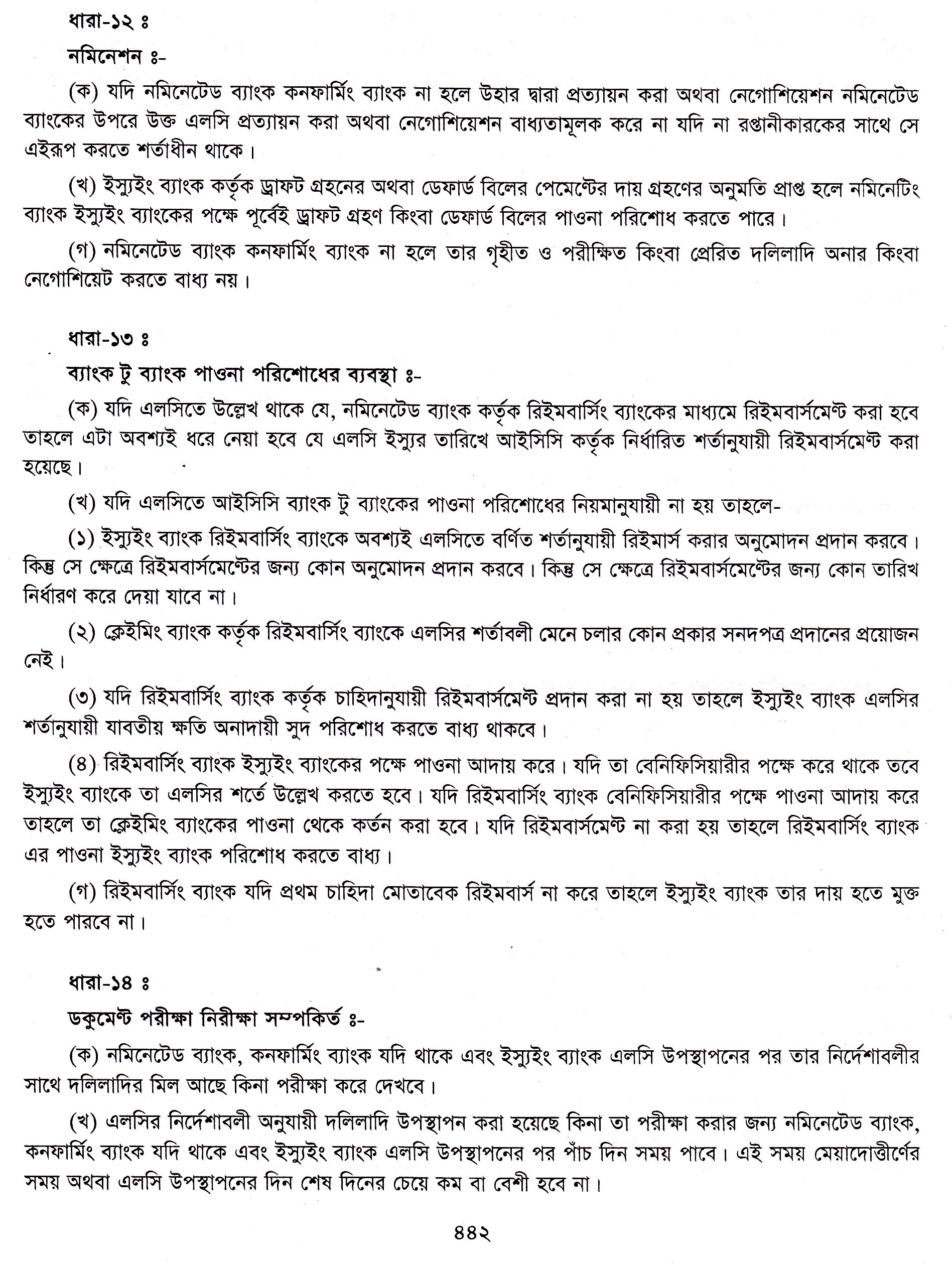 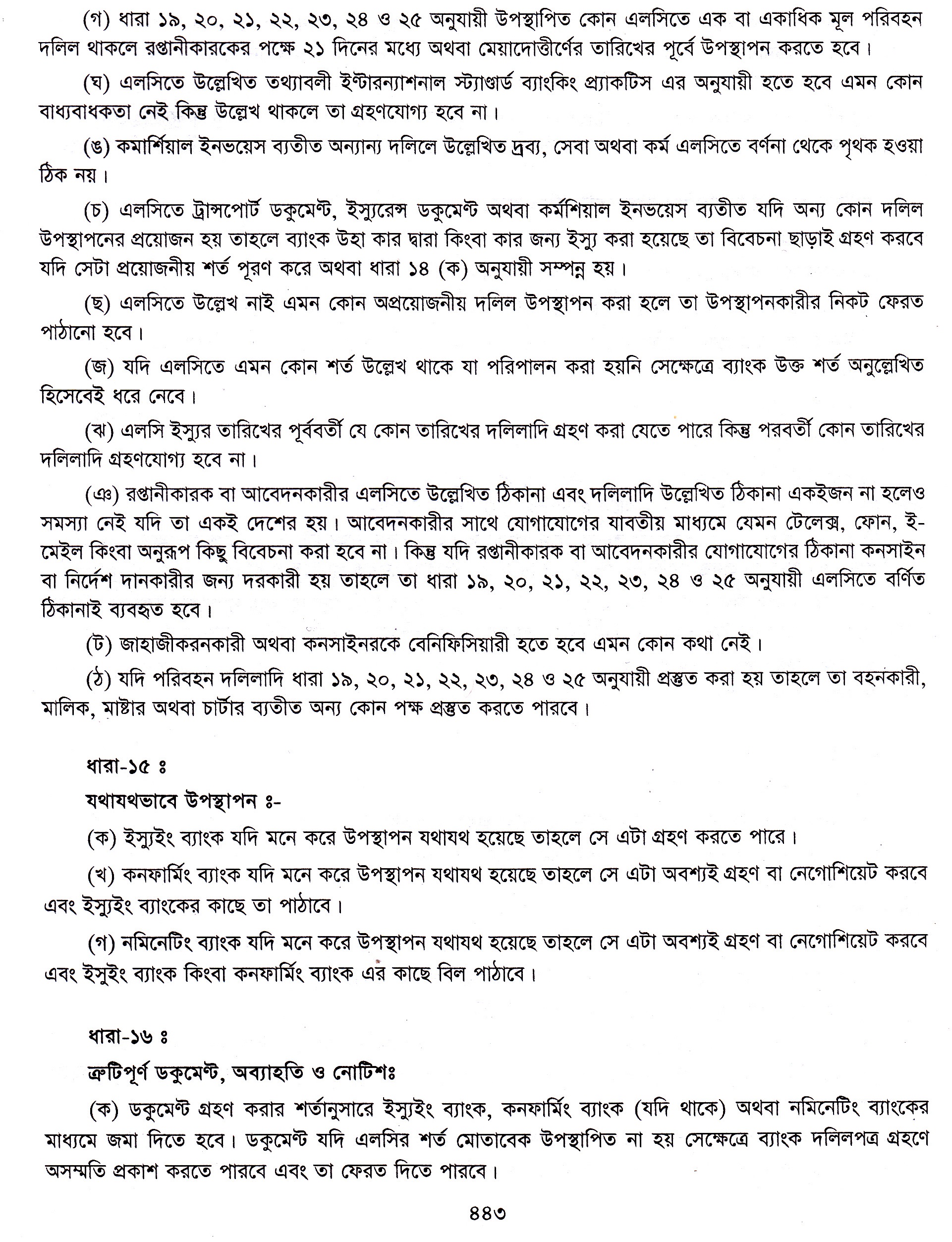