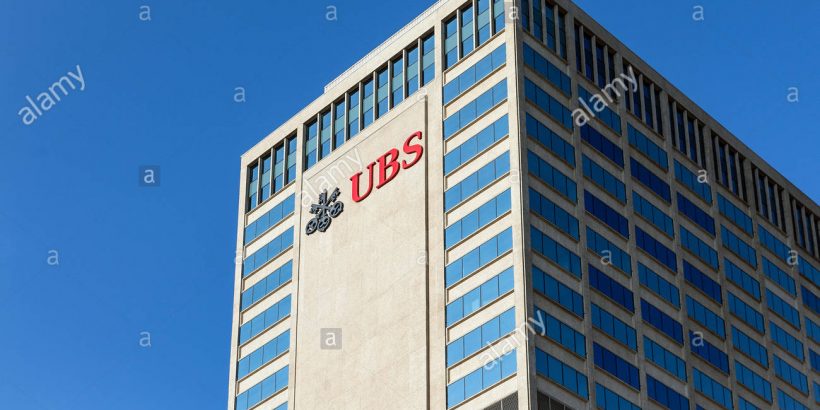 UBS AG is a Swiss global financial services company. Its headquarter is in Basel and Zürich, Switzerland. It provides investment banking, asset management, and wealth management services for private, corporate, and institutional clients worldwide, and retail clients in Switzerland. The name UBS was originally an abbreviation for the Union Bank of Switzerland, but it ceased to be a representational abbreviation after the bank’s 1998 merger with Swiss Bank Corporation.The company traces its origins to 1856, when the earliest of its predecessor banks was founded.

UBS is considered the world’s largest manager of private wealth assets, with over CHF 2.2 trillion in invested assets,[8] and remains a leading provider of retail banking and commercial banking services in Switzerland. In 2014, UBS’ assets under management (AuM) amounted to US$1,966.9 billion, representing a 15.4% increase in AuM compared to the equivalent data of 2013. It is the biggest bank in Switzerland, operating in more than 50 countries with about 60,000 employees around the world, as of 2014.
In comparison to other European banks, UBS suffered among the largest losses during the subprime mortgage crisis, and the bank was required to raise large amounts of outside capital. In 2007, the bank received a US$9.7 billion capital injection from the Government of Singapore Investment Corporation (currently GIC Private Limited effective from July 2013), which remains one of the bank’s largest shareholders.The bank also received capital from the Swiss government, further complemented by a series of equity offerings in 2007, 2008, and 2009.
Type
Aktiengesellschaft (AG)
Public company
Traded as     SIX: UBSG SIX: UBSN
NYSE: UBS
Industry     Banking, Financial services
Predecessor
Union Bank of Switzerland and Swiss Bank Corporation merged in 1998;
PaineWebber merged in 2000
Founded     1862; 154 years ago
Headquarters:   Zürich Basel
Area served-Worldwide
Key people
Axel A. Weber (Chairman)
Sergio Ermotti (CEO)
Products     Investment Banking,Investment Management,Wealth Management,Private Banking,Corporate Banking,Private Equity,Finance and Insurance,Consumer Banking,Mortgages,Credit Cards