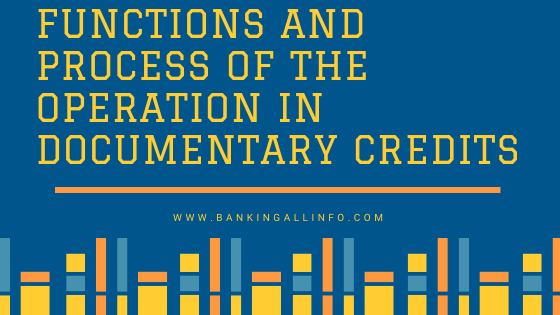 Article 2 of UCP (600) defines parties to the Letter of Credit as following:

“Applicant: the party to whose request the credit is issued. Beneficiary: The party in whose favor the credit is issued. Issuing Bank: Means the bank that issues a credit at the request of an applicant or on its own behalf” [14]. Basically, the process of issuing a Letter of Credit starts with the request of Buyer (an applicant or
Account Party) to his bank (issuing bank) in order to issue a credit in favor of the seller (Beneficiary) based on the underlying contract of sales between parties. As a result, issuing bank will contact the beneficiary in his country in order to inform him about opening the credit in his favor. Due to a geographical distance between
issuing bank and beneficiary, advice of the credit to the beneficiary will generally take place via a correspondent of issuing bank in beneficiaries country (advising bank).

Beneficiary sellers at this stage must compare terms and conditions of the credit with terms of the underlying contract. In case of any existing discrepancy at this stage, the beneficiary is entitled either to reject the creditor’s require amendments. After approval of the credit by the beneficiary, issuing bank will enter into a contract with
Beneficiary to provide him with the price of merchandise in return for complying documents required by the credit. As a result, any given credit will have at least three parties. Namely, Issuing Bank, Beneficiary and Applicant.

However, in practice, the number of parties might be more than three. It might happen that the issuing bank asks advising or any other bank in the country of the seller to provide a credit on her counter which is a very appreciated option for the beneficiary who will be paid in his own country rather than the country of the buyer. In this case, the bank which provides a credit on her counter is considered as Nominated Bank [17]. In some occasions, the seller might ask for a higher guarantee for payment which is already provided by issuing banks. In this case, a confirming bank will add her irrevocable commitment for payment of the credit to the beneficiary in addition to issuing bank. As a result, any given Documentary Letter of Credit will consist of at least three independent contracts between Beneficiary and Applicant (Underlying Contract of Sales), Account Party and Issuing Bank, Issuing Bank and Beneficiary. However, in the majority of cases, the number of contracts will increase relatively with the increasing number of involved parties in the credit after joining confirming bank and Nominated Bank to original parties to the Documentary Credits.

Enonchong [18] introduces four generic functions for the Letter for Credits. First, a Letter of credit reduces commercial risk both for importer and exporter by providing security of payment for exporter and security against the non-delivery of Unauthenticated goods for the importer. The second function is providing finance for importer and helping him with cash flow while at the same time providing the exporter with the chance to
raise money before being paid by issuing bank. Third, Documentary Credits can be used as security for other obligations like the case of Back-to-Back letter of credits.

Fourth, is the function of documentary credits as a conditional payment method and providing the possibility for the seller to receive payment from the importer in case the credit has been dishonored by the bank.

The function of Documentary Letters of Credit follows different steps of the Letter of Credit‟s-process [19]. The process starts with the negotiation of the terms of the contract by the buyer and seller. They will enter the underlying contract of sales. According to the underlying contract, the exporter will undertake to provide confirmed goods which are subjected to that particular transaction and importer commits to pay the price of
good via Documentary Letter of Credits. Further, information regarding the details of the Credit will be also mentioned in the underlying contract. As the second phase, the buyer will require the issuing bank to open a credit in favor of the exporter.

In case of issuing a bank‟s agreement to issue the credit, Importer (account party) to pay him the price of goods sold to the importer in return of delivering confirming stipulated documents in the credit [20].

Although these three independent contracts are considered as the basic framework for the function of Documentary Letter of Credits, in practice, in the majority of occasions, the beneficiary will interact with a local bank in his own country rather than being involved directly with issuing bank. If parties decide so, then the advising bank will contact the beneficiary in order to inform him about the issuing of the credit in his favor. At the time that credit requires the involvement of Nominated Bank and Confirming Bank, there will be a separate contract between Beneficiary and Nominated or Confirming Bank and Issuing Bank and Nominated and
Confirming Bank. Advising Bank might or might not accept to act in the capacity of Nominated and /or Confirming Bank.

As a result, beneficiary ships goods for account party and provides confirming stipulated documents in the credit to the issuing bank, Nominated Bank or Confirming Bank. Nominated Bank will check presented documents and in case of conformity, they will pay beneficiary based on the authorization in issuing bank
[21], transfer documents to issuing banks and wait for reimbursement [22]. Issuing the bank also check documents and in case of their conformity will reimburse Nominated or Confirming Bank, debit the account of the applicant and inform him to come and receive his documents.

As it was mentioned earlier, most of the time credit will require the involvement of Nominated Bank and Confirming Bank as Issuing bank is not located in the country of Beneficiary and it is difficult for him the confirm the authenticity of signatures by issuing bank [23].