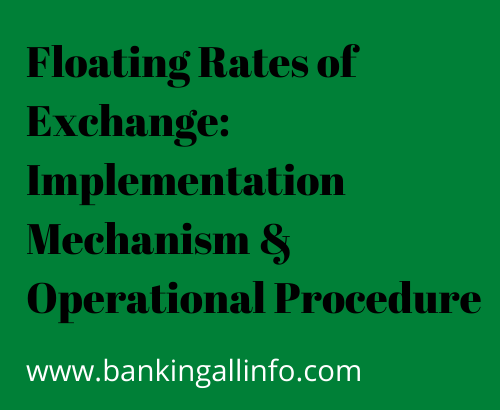 Exchange rate is one of the key macroeconomic variables and efficient management of exchange rate is very crucial for continued performance of external sector competitiveness and openness. Like the experiences of many other countries considering gradual openness and increasingly integrated pace of Bangladesh economy into the global economy exchange rate policy has important role in macroeconomic management process. The estimation of equilibrium exchange rate gives a benchmark for assessing the actual development of the real exchange rate. During the financial crisis of 2008-09 when US dollar was losing its value, most of the currencies were appreciated, but Bangladesh’s Taka against US dollar was stable. In past recent years, foreign exchange reserve is piling up as results of robust remittance inflows and higher export growth along with slower import growth. BD Taka is gaining value against US dollar. Though exchange rate of neighboring trade competitive countries (like India and Pakistan) are gradually depreciating against US dollar. In these circumstances, Bangladesh Bank continues to buy dollar from the foreign exchange market to maintain external competitiveness. 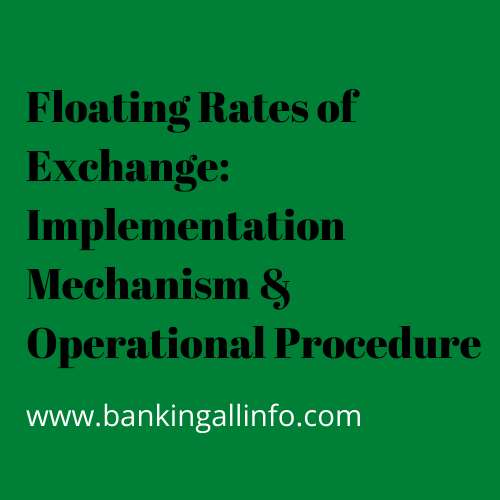 Like monetary policy, exchange rate policy is under the purview of the monetary authority. Bangladesh’s exchange rate policy can be classified into three regimes since independence. During the period 1972-1979, BD followed fix pegged exchange rate regime. From 1979-2003 BD followed a flexible pegged exchange rate regime. During this period a new industrial policy had been introduced and the openness of the economy increased substantially. The current account was made convertible and the capital account was made partially convertible. Since May 2003 floating (managed) exchange rate policy has been in place. Though Bangladesh follows floating exchange rate regime, Bangladesh Bank keep an eye on the external value of taka and sometimes intervenes for smoothing the excessive volatility of taka. Like the experiences of many other countries considering gradual openness and increasingly integrated pace of Bangladesh economy into the global economy exchange rate policy has important role in macroeconomic management process. Now-a-days, the central bank policy maker often faces a question regarding equilibrium exchange rate and or stability relating longer run period. This question is reasonable considering the observed fluctuation in exchange rates and BB’s continued intervention in the foreign exchange market. The movements of the real exchange rates have important implications for economic activities. If the exchange rate is undervalued it will have inflationary effects on the economy and can create macroeconomic imbalances. On the other hand, overvalued currency creates balance of payment pressure, thus external sector imbalances. Overvalued currency had also created currency crisis in many countries (such as South East Asia, 1997; Mexico 1994; Kubota 2011).

The currency peg mechanism was abandoned on 31 May 2003 in favour of a floating exchange rate system. From this point on the market mechanism has been expected to maintain the exchange rate at its equilibrium level in view of evolving macro-economic fundamentals, which allows the monetary instruments to be focused more effectively on the price and output goals. However short-term exchange rate stability remains a monetary policy objective. The switch of the exchange rate regime took place in an environment of balanced economic fundamentals, and despite some concern, the transition turned out to be rather smooth, and the par value of the currency remained relatively stable in the aftermath of the flotation.

Evolution of Exchange Rate Policy in Bangladesh since Independence

Following the independence of Bangladesh, on 3 January 1972 the exchange rate of newly created currency (Taka) was fixed with the British Pound sterling at the rate of £1=t18.9677. During the early years of independence government adopted expansionary monetary and fiscal policies. These accelerated inflation to the level of about 50 percent per annum during the period of 1972-75. The incompatibility between expansionary monetary and fiscal policy and a fixed exchange rate system made the taka grossly overvalued. In May 1975 taka was devalued by about 85 percent, though the size of the devaluation was large, it was lagged adjustment of the exchange rate to high inflation over the past three years. In 1979 the government pegged the taka to a basket of currencies to its major trading partners with the Pound sterling as the intervening currency. This attempt did not make any difference to the real exchange rate of the taka. The taka remained overvalued with the US dollar, this created sustained large trade deficit. In 1983, pound sterling was replaced by the US dollar as the intervening currency. Throughout 80’s government continued expansionary monetary and fiscal policy. Inflation remained at high roughly about 12 percent per annum and trade deficits were at about 13 percent of output. In 1985, Bangladesh Bank introduced calculation of Real Effective Exchange Rate (REER) Index to measure international trade competitiveness. Based on the REER, nominal exchange rate continued to depreciate, but not to the extent that could have made the tradable goods sector competitive. The government undertook IMF-World Bank structural adjustment program but in selective areas.(Despite, depreciation of nominal exchange rate by almost 40 percent, real exchange rate appreciated by 5 percent during 1983- 1990).

During 90’s structural adjustment program continued. Some improvements were made in the area of monetary and fiscal policy under this program. Few measures were taken to streamline the exchange rate arrangements. On 1 January 1992, the government unified the exchange rate regime by abolishing the secondary exchange market and made an improvement in current transactions by removing some exchange controls. In April 1994, the government made the current account convertible. Interbank foreign exchange market also developed. The removal of exchange controls increased inflows of workers’ remittances through the official channels. This lowered the level of current account deficit and boosted foreign exchange reserve. Monetization of reserve raised the prices of nontradables and thus appreciated the exchange rate. Mini devaluation of exchange rate was continued based on REER Index. In 90’s inflation also decelerated to an annual average 5 percent. Exchange rate regime gradually shifts from fixed peg to flexible peg. The band width of exchange rate was made wider, so that the exchange rate could move more in line with market forces. In May 2003, in a balanced macroeconomic condition floating exchange rate policy was put in place, where exchange rate are free to determine by market forces. But Bangladesh Bank could intervene if necessary to avoid excessive volatility in the exchange rate.

Taka was overvalued most of the time during eighties and nineties due to expansionary monetary and fiscal policy which created a space of incompatibility with fixed/flexible exchange rate regimes. Since late nineties currency became close to equilibrium rate as macroeconomic condition improved and inflation declined substantially. During this period, mini devaluation was made based on REER index calculated by Bangladesh Bank. After adoption of floating exchange rate regime currency became undervalued and had been continued until 2008. In recent years, due to piling up of foreign exchange reserve Taka started to be overvalued. And  BB’s policy is working in the right direction. However, lack of adequate sterilization process creates inflationary situation, which further appreciate the exchange rate. To check this immediate inflationary effect of sterilization BB also introduced BB-bill; this sterilization instrument proved to be inadequate and thus the policy effort could not be able to control inflation successfully.

All the developed countries of the world agreed to adopt Floating Exchange Rate system just after collapse of Bretton Wood system of Fixed Exchange rate determination in August 1973. Infact, there was no built-in mechanism in the Bretton Wood’s par value system to ensure that the three major components of the system  -(i) the exchange rate system, (ii) national monetary and fiscal policies and (iii) supply of international moneys.

However, most of the developed member countries of the IMF have adopted the floating exchange rate system right back in 1973.  But the obituary on the Bretton Woods par value system was, however, written by IMF much later in 1976 at the Jamaica meeting that approved the second amendment to the IMF articles, legalizing floating exchange rates. And all the IMF member countries were advised to adopt floating rate system gradually but none of them was forced to adopt the same immediately. Hence the floating rate system is not a new concept but there are different versions. However, the Govt. and monetary authorities can manage the system effectively.

We know that Exchange rate is the price of one currency in terms of another. After eventual demise of many exchange rate system usually two types of exchange rates have been prevailing in different countries in foreign exchange market operations. The two rates are –

(i) Fixed exchange rates and

Exchange rates are fixed when the monetary authorities of the countries concerned agree to limit the degree to which the spot rates of their currencies may fluctuate against other currencies.

Floating exchange rates mean that the monetary authorities of the countries concerned have no obligation to ensure that the exchange value of their currencies is kept within clearly defined limits. It is a stable rate of exchange determined by country’s central bank in response to changes in money market. It also means the movement of foreign currency exchange rate in home country in response to change in the market forces of supply and demand of foreign exchange. Generally there are two types of floating exchange rates:

(i) Clean floating and

Clean floating means the market price of one currency in terms of another will be allowed to rise and fall in accordance with the factors which dictate the supply of, or demand for, a particular currency.

Managed floating means the exchange rate level which is influenced by monetary authority i.e, central bank through frequent intervention. A government may announce that it will let its currency float, that is, it will let the currencies value be determined by the forces of supply and demand in the foreign exchange market.

For example, if the country suffers from higher inflation, depreciation of its currency may drive the inflation rate higher because of increased demand for its goods; however, the country’s current account may also worsen because of more expensive imports.

In a free market economy, the floating rate system is best suited under conditions of free trade and free foreign exchanges in developed countries and not in a developing country as it has its share of disadvantages, e.g. Enhancing the risk inherent in foreign trade due to uncertainty in exchange rates, instability of import prices and greater economic uncertainty. Again in this system of exchange currency of a country must be convertible and it is acceptable to all over the world.