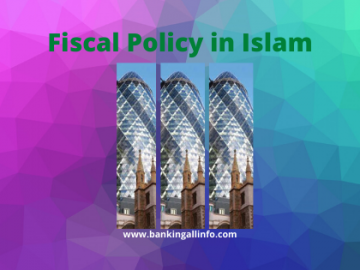 Fiscal policy refers to the way in which the government exerts influence on the economy through its overall budgetary decisions. Budgetary actions that raise the growth of government expenditures, reduce the growth of reveneues and either increase the deficit or reduce the surplus are the sort of fiscal policies that tend to stimulate short-term growth in the economy. Actions that trim expenditures, increase government revenues and shrink the deficit or increase the surplus tend to dampen short-term economic growth. The challenge of fiscal policy is to adopt actions that are right for the circumstances. This is not easy, because there are long and variable lags between government fiscal policy decisions and the resulting impact on the economy. Moreover, stimulative or restrictive policies can be self-defeating in the long run if they are applied persistently and indiscriminately. The government normally seeks to implement fiscal and monetary policies that together will foster steady economic growth while avoiding upward pressure on inflation.

An Islamic economy has all the fiscal tools that are available to contemporary economy, although their application and hence implications may be different. In addition, it possesses a novel and unique revenue source which may be utilized to some extent as a tool of fiscal policy. This is the institution of Zakah.

a. Collection of sufficient revenue to meet Government revenue and development expenditures.
b. Ensuring maximum utilization of resources of the country.
c. Economic well-being with full employment and optimum rate of economic growth.
d. Maintaining stability in the value of money and price level.

Instruments of Fiscal Policy in Islam
1. Collection of Govt. Revenue

a. Zakat Ushar and other compulsory payment.
b. Taxes imposed by the Islamic Govt.
c. Fees, penalties charged under Islamic laws.

Fiscal Policy:A comparison between an Islamic and a Conventional systemTaxation:
Sl.no. Limitations of Conventional Superiority of Islamic System System
1. Predominance of Inderect Tax Predominanace of Direct Tax
2. No control on imposition of Limited and controlled tax taxes by the Govt. by an
Islamic Govt.
3. Huge corruption in the No question of corruption in the administration of taxes, the
administration of taxes.
4. Tax evasion ia a common Tax evasion ja an phenomenon phenomenon
5. Payment of tax is not an Payment of tax is an Ebadah Ebadab