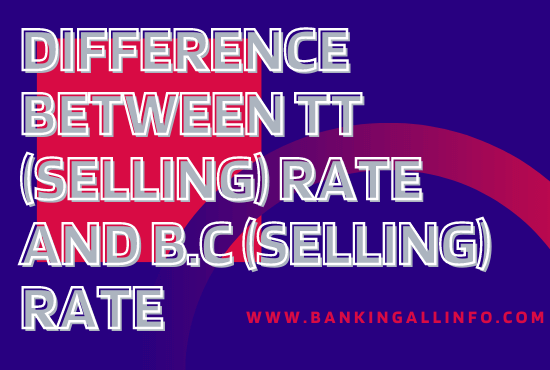 TT (Selling) rates are used for remittance from one country to another by telegraphic transfer and payment involves no loss of interest profit. 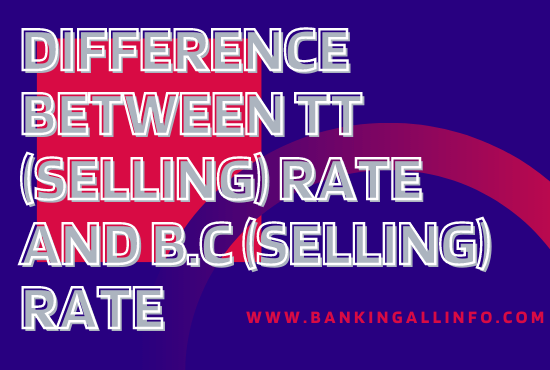 BC (selling) rate is applied against the import, which requires some extra work. Therefore the rate represents the bank’s basic TT selling rate plus the costs involved in the handling of documents.

TT Selling Rate (TT stands for Telegraphic Transfer)
This is the rate to be used for all transactions that do not involve the handling of documents by the bank.

Transactions for which this rate is quoted are:
Issue of demand drafts, mail transfers, telegraphic transfer, etc., other than for retirement of an import bill.
Cancellation of foreign exchange purchased earlier. For instance, when an export bill purchased earlier is returned unpaid on its due date, the bank will apply the TT selling rate for the transaction.

Difference between Letters of Credit and Documentary Collection

How To Use The Interest Rate Swap