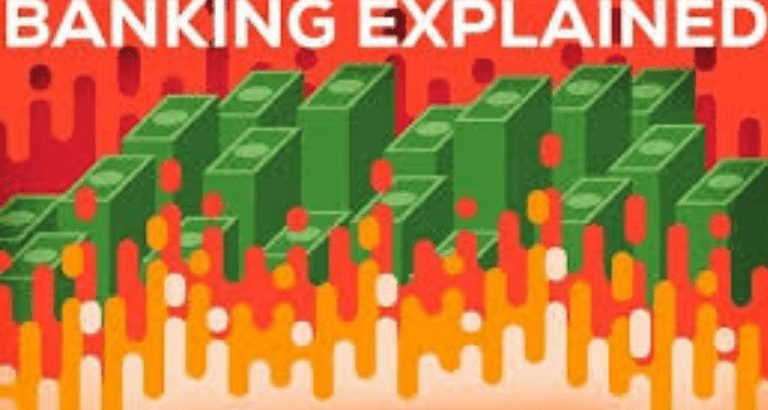 The bank is an organization where the people of a country deposit money who have excess amounts of money and to give the loans to the businessmen who need credit.

Banking is a process of depositing money and investing in clients in a systematic way.
Dr. Md. Makhluk Hasan says,” Banking is the activities of a banker. Banking is what is done by the banker.”

Banking explained for the students

Origin of the word Bank

There seems no uniformity amongst the economist about the origin of the word Bank. According to some authors the word “ Bank”, itself is derived from the word “Bancus” or – Banque that is a bench. The early bankers, the

Jews in Lombardy, transacted their business on benches in the market place, when, a banker failed, his

‘Banco’ was broken up by the people; it was called Bankrupt. This etymology is, however, ridiculed by mcleod on the ground that “The Italian Money changers as such were never called Banchier in the middle ages.”

It is generally said that the word “Bank” has been originated in Italy. In the middle of 12th century, there was a great financial crisis in Italy due to war. To meet the war expenses, the government of that period forced subscribed loans on citizens of the country at the interest of 5% per annum.

Such loans were known as ‘Compare’, ‘Minto’ etc. The most common name was “Monte’. In Germany, the word ‘Monte was named as ‘Bank’ or ‘Banke’. According to some writers, the word ‘Bank’ has been derived from the word bank.

Today the word bank is used as a comprehensive term for a number of institutions carrying on certain kinds of financial business. In practice, the word ‘Bank’ means which borrows money from one class of people and again lends money to another class of people for interest or profit.

In this changing scenario, the role of banks is very important for the growth and development of customers as well as the economy. Banking Sector is offering traditional and other services as under:

Other facilities for customers.

Role of the central bank of a country

Issue of the Currency Note

Banker to the Banks

Banker to the Government

Development of the financial System

Publication of the Reports

Promotion of Export through Re-Finance

Granting Licenses to the Banks

Implementation of the Deposit Insurance System

Receiving of Money on Deposit

Transferring Money From Place to Place

Corporate Governance: Banks not only accept and deploy a large amounts of uncollateralized public funds in a fiduciary capacity, but they also leverage such funds through credit creation. Banks are also important for the smooth functioning of the payment system. The profit motive cannot be the sole criterion for business decisions. It is a significant challenge to banks where the priorities and incentives might not be well balanced by the operation of sound principles of Corporate Governance. If the internal imbalances are not re-balanced immediately, the correction may evolve through external forces and may be painful and costly to all stakeholders. The focus, therefore, should be on enhancing and fortifying the operation of the principles of sound Corporate Governance.

Problem and Prospect of Banking:

During the post-reform period and due to the situation of Liberalization, Privatization, and Globalization, the banking sector is facing some problems and challenges. These are as under:

Lack of professional and friendly approaches with customer

The problem of customer satisfaction

Depression period running over the country