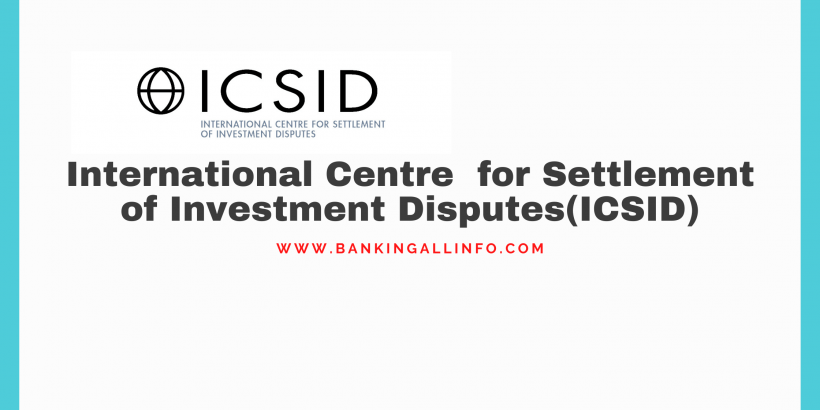 ICSID is the acronym of the International Centre for Settlement of Investment Disputes.

ICSID has an Administrative Council, chaired by the World Bank’s President, and a Secretariat. It provides facilities for the conciliation and arbitration of investment disputes between member countries and individual investors. It is an autonomous international organization. On the other hand, ICSID has close links with the World Bank. All of ICSID’s members are also members of the Bank. Unless a government makes a different designation, its Governor for the Bank sits ex officio on ICSID’s Administrative Council. The expenses of the ICSID Secretariat are financed out of the Bank’s budget, although the costs of individual dealings are borne by the parties involved.

There are currently 158 signatory States to the ICSID Convention. Of these, 150 States have also deposited their instruments of ratification, acceptance or approval of the Convention.

Under its Article 67, the ICSID Convention is open for signature on behalf of:
all States members of the International Bank for Reconstruction and Development (the World Bank); and
any other State, which is a party to the Statute of the International Court of Justice, on the invitation of the ICSID Administrative Council by a vote of two-thirds of its members.

A formal act of ratification, acceptance, or approval is required by the signatory State as a prerequisite for the entry into force of the ICSID Convention for that State. Such an instrument is deposited with the Secretary’s Department of the World Bank, which is the depositary of the Convention. In accordance with its Article 68(2), the Convention enters into force for the State concerned 30 days after the date of deposit of the instrument.
More details on membership procedures are available in the Memorandum on Signature and Ratification, Acceptance or Approval of the Convention on the Settlement of Investment Disputes between States and Nationals of Other States.