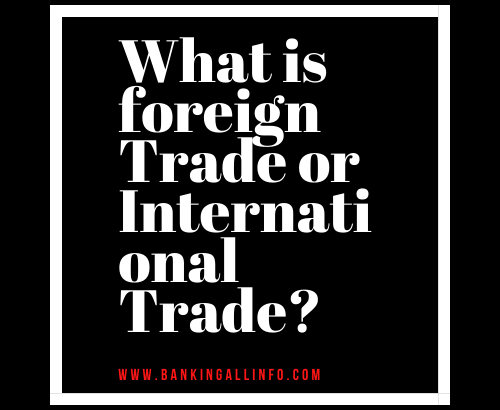 Foreign trade is nothing but trade between the different countries of the world. It is also called as International trade, External trade or Inter-Regional trade. It consists of imports, exports and entrepot. The inflow of goods in a country is called import trade whereas outflow of goods from a country is called export trade. Many times goods are imported for the purpose of re-export after some processing operations. This is called entrepot trade. Foreign trade basically takes place for mutual satisfaction of wants and utilities of resources. 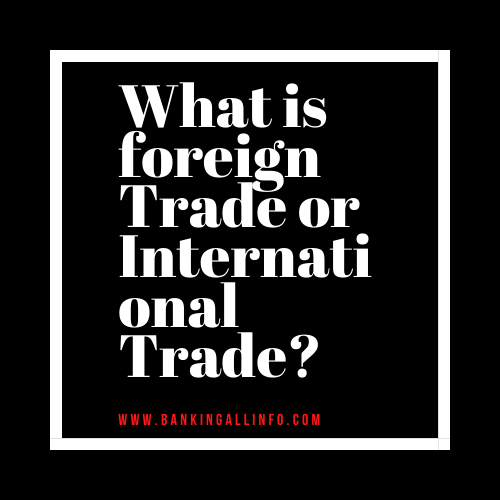 It is the set of studies and commercial operations between two or more countries where there is exchange of goods, services and/or capital.

It is the set of studies and commercial operations expressed in national rules, norms and laws.

Foreign Trade is executed by the State or Government and International Trade is exercised by companies and/or individuals and/or institutions. Therefore, when we study the Foreign Trade of a country, we are studying its rules, norms, laws and its commercial policy. And when we speak of International Trade, we are referring to exports and imports of goods, services and capital.

Foreign trade is exchange of capital, goods, and services across international borders or territories. In most countries, it represents a significant share of gross domestic product (GDP). While international trade has been present throughout much of history, its economic, social, and political importance has been on the rise in recent centuries.

Generally no country is self-sufficient. It has to depend upon other countries for importing the goods which are either non-available with it or are available in insufficient quantities. Similarly, it can export goods, which are in excess quantity with it and are in high demand outside.

According to Wasserman and Haltman, “International trade consists of transaction between residents of different countries”.

According to Anatol Marad, “International trade is a trade between nations”.

According to Eugeworth, “International trade means trade between nations”.

The reason is that a border typically imposes additional costs such as tariffs, time costs due to border delays and costs associated with country differences such as language, the legal system or culture. International trade consists of ‘export trade’ and ‘import trade’. Export involves sale of goods and services to other countries. Import consists of purchases from other countries.

International or Foreign trade is recognized as the most significant determinants of economic development of a country, all over the world. The foreign trade of a country consists of inward (import) and outward (export) movement of goods and services, which results into. outflow and inflow of foreign exchange. Thus it is also called EXIM Trade.