For the purpose of these rules: Where applicable, words in the singular include the plural and in the plural include the singular. A credit is irrevocable even if there is no indication to that effect. A document may be signed by handwriting, facsimile signature, perforated signature, stamp, symbol or any other mechanical or electronic method of authentication. A requirement for a document to be realized, visaed, certified or similar will be satisfied by any signature, mark, stamp or label on the document which appears to satisfy that requirement. Branches of a bank in different countries are considered to be separate banks. Terms such as “first class”, “well known”, “qualified”’ “independent”’ “official”, “competent” or “local” used to describe the issuer of a document allow any issuer except the beneficiary to issue that document.
Unless required to be used in a document, words such as “prompt”, “immediately” or “as soon as possible” will be disregarded. The expression “on or about” of similar will be interpreted as a stipulation that an event is to occur during a period of a five calendar days before, until five calendar days after the specified date, both start and end dates included. The words “to”, “until”, “till”, “from” and “between” when used to determine a period of shipment include the date or dates mentioned, and the words “before” and “after” exclude the date mentioned. The words “from” and “after” when used to determine a maturity date exclude the date mentioned. The term “first half” and “second half” of a month shall be  construe respectively as the 1st to the 15th and the 16th to the last day of the month, all dates inclusive.

The terms “beginning”, “middle” and “end” of a month shall be construed respectively as the 1st to the 10th, the 11th to the 20th and the 21st to the last day of the month, all dates inclusive. 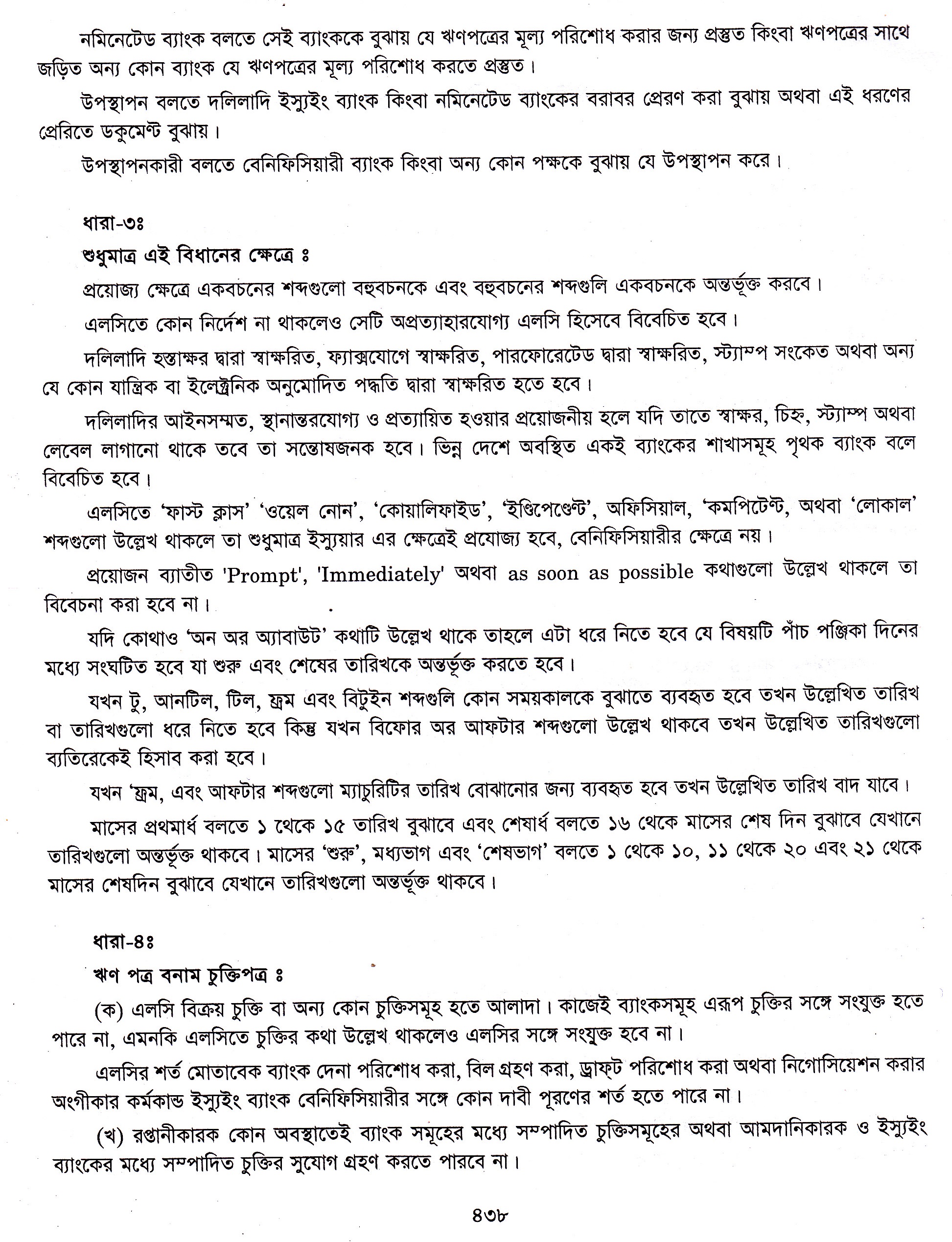