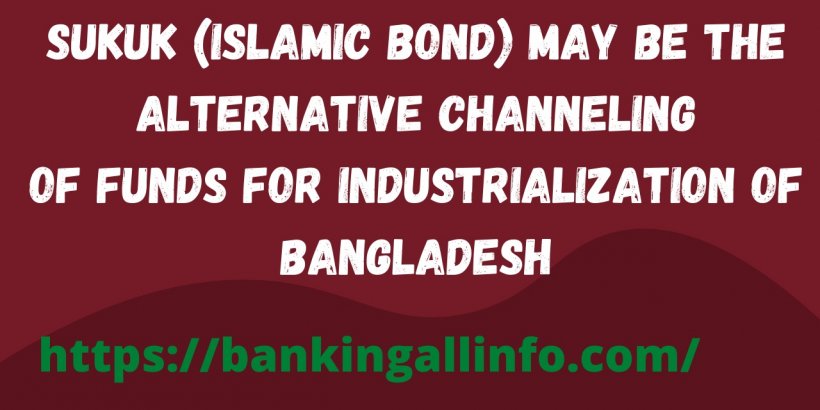 There is growing demand for shariah compliant instruments in the Islamic countries as well as the rest of the world as an alternative to conventional instruments. In the conventional financial system, the fixed income securities play a major role in raising capital and have a significant role in the world economy. Post crisis fund raising activities through bond offerings have again proven the important role played by this segment of the financial system.

In Islamic Capital & Money Market, SUKUK is anticipated capital market product to play a similar role as it gives the industry the option to issue an instrument with a fixed rate of retune profile; while at the same time SUKUK structuring also takes into account the removal of non- Shari’ah compliant features such as GHARAR (uncertainty), RIBA (interest/usury) and MAISIR (Gambling).

The IIFM SUKUK report starts with the overview of the SUKUK market and emergence of fixed profile instrument covering international SUKUK issuances in greater depth as compare to the domestic issuances. It also aims to track the growth and development of different SUKUK structures in various jurisdictions active in issuing SUKUKs. Selected case studies based on widely used structures have been undertaken keeping in mind the international market and possible issuances from new jurisdictions who are currently contemplating issuing sukuk. The report briefly also covers trends and recent developments with respect to this very important instrument of Islamic Capital Market.

In recent years, the Islamic finance industry has grown rapidly, at more than 15% per annum.

More than 80% people of the country is practicing Muslims. They want to follow Islamic shariah is all aspects of life but only some commercial banks are providing banking products for their financial needs. Rest financial needs could not be fulfilled by the banks. SUKUK (Islamic Bond can be a product which may fulfill other needs. In the process of industrialization of Bangladesh capital supply is very important. Obtaining capital from Bank (now the main sources) is costly and sometimes cumbersum. Sometime, Banks are not willing to supply capital. Present capital market is not helpful to supply required capital. The market also lost the confidence of investors.

It is said that some time primary offering are being made without backing required assets. Sukuk may the the alternative products for supplying capital as it will be real/actual assets backed if sufficient regulatory support been given.

Economists consider financial markets as a primary pillar supporting and stimulating economic growth and also in setting the velocity of growth. The markets help in allocating savings and deciding on the optimal use in the economic circuit. The markets in addition provide an avenue for raising capital mainly for the private sector, the government and also public sector units. Every capital market has distinctive characteristics, resulting from history, culture, and legal structure though gradually today they tend to operate on common ground with identical basic features.

Bond market is a connected part of the financial market. A bond is debt instrument issued for a specific period for the purpose of raising capital by borrowing. A bond is a long-term obligation.

Generally, a bond is fixed interest financial instrument issued by Government, Corporate, and other large entities. In other words, a bond is an agreement to repay the principal along with the interest or coupon. There are some bonds which carry a zero coupon or interest but have fixed term. These bonds are called as zero coupon bond or deep discount bond bonds. These bonds are sold at a price which will be far below the face value of the bond depending on the risk characteristics and prevailing interest rates in the market.

Bonds are tradable and basically the price of a bond depends on the existing interest rates in the market for a equally risky instrument and the coupon on the bond. A bond market has the role to facilitate the flow of long-term funds from surplus units to deficit units.

Thus bond acts as a loan where the buyer or holder of the bond is the lender or creditor, the issuer is the borrower or debtor and the coupon is the interest.

A simple way to classify bonds is based on the different kind of the issuers. The three main issuers are government, governmental agencies, and corporations.

Sukuk is a plural of Sakk Which means “legal documents, deed, check”. It is an Arabic name for financial certificate but it can be seen as an Islamic equivalent of the conventional bonds.

AAOIFI defined sukuk as. ‘certificates of equal value representing undivided shares in the ownership of tangible assets, usufructs and services or (in the ownership of) the assets of particular projects or special investment activity’ Often referred to as an ‘Islamic bond’, Sukuk are asset-backed trust certificates evidencing ownership of an asset or its usufruct (earnings or fruits). However, Sukuk securities comply with Islamic commercial jurisprudence and its investment principles which prohibit the charging or paying of interest.

Based on the above mentioned definition, sukuk can be further defined as a commercial paper that provides an investor with ownership in an underlying asset. It is asset-backed trust certificates evidencing ownership of an asset or its usufruct (earnings or fruits). It has a stable income and complies with the principle of Shariah.-Unlike conventional bonds, sukuk need to have an underlying tangible asset transaction either in ownership or in a master lease agreement.

In simple mudaraba contracts, investors are considered to be silent partners (rab al mal), and the party who utilizes the funds is the working partner (mudarib). The profit from the investment activity is shared between both parties based on an initial agreement.

The same type of contract applies to sukuk. In a mudaraba sukuk, the sukuk holders are the silent partners, who don’t participate in the management of the underlying asset, business, or project.The working partner is the sukuk obligator.

The sukuk obligator, as the working partner, is generally entitled to a fee and/or share of the profit, which is spelled out in the initial contract with investors.

In a salam contract, an asset is delivered to a buyer on a future date in exchange for full advance spot payment to the seller. Sharia allows only salam and istisna contracts to be used to support advanced payment for a good to be delivered in the future. This same mechanism is used for structuring the salam sukuk.

In salam sukuk, the sukuk holders’ (investors’) funds are used to purchase assets from an obligator in the future. The SPV provides the money to the obligator. This contract requires an agent (which may be a separate underwriter) who will sell the future assets because the investors want money in return for their investment — not the assets themselves.

The proceeds from the sale (typically the cost of the assets plus a profit) are returned to the sukuk holders. Salam sukuk are used to support a company’s short-term liquidity requirements.

types of barrier of financing in infrastructure project, sukuk may be the model financial products.
Appointed Special Purpose Vehicles (SPV) may collect funds for the infrastructure projects like Padma Bridge, Elevated Express Way, Underground Railway, Long over bridge etc. from savers
through selling Sukuk under the ownership of underlying assets. It may be very favorite investment products for Muslim community like Bangladesh.

Capital market of Bangladesh has lost the confidence of the investors. The market also has some namely companies which helps only in speculation in the market. In this situation, market
confidence may be bought by introducing assets based securities like SUKUK. Market regulator should take initiatives to arrange for regulatory framework to introduce SUKUK.

Finally, Bangladesh is a developing country with the process of inning into middle income group country. At this moment available capital is very important for entrepreneur including new entrepreneur. If people come forward for establishment of a new industrial unit but they could not establish it, the negative impact will fall to the whole economy. In the process of industrialization of Bangladesh, capital supply is very important. Obtaining capital from Bank (now the main sources) is costly and sometimes cumber sum. Sometime, Banks are not willing to supply capital.

Present capital market is not helpful to supply required capital. The market also lost the confidence of investors. It is said that some time primary offering are being made without backing required assets. Sukuk may the the alternative products for supplying capital as it will be real/actual assets backed, if sufficient regulatory support been given.

What is Islamic Bond Sukuk?

The Role of Central Banks in Islamic Banking