Every person who is competent to contract can open an account with a bank provided the bank is satisfied regarding his bonafides and is willing to enter into necessary business relations with him. But there are certain  types of persons e.g. Minor or Infant, Lunatics, Drunkard or Intoxicated Person, etc.  whose capacity to enter into valid contracts is subject to certain legal restrictions. 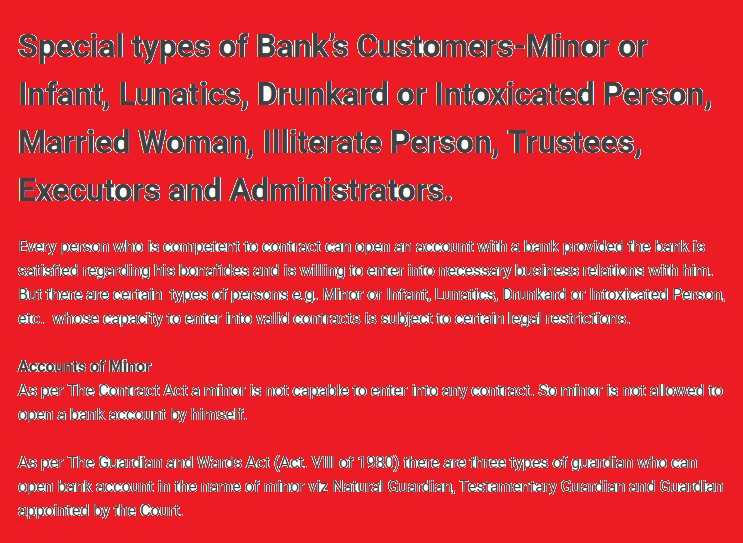 What is the definition of Recurring deposit