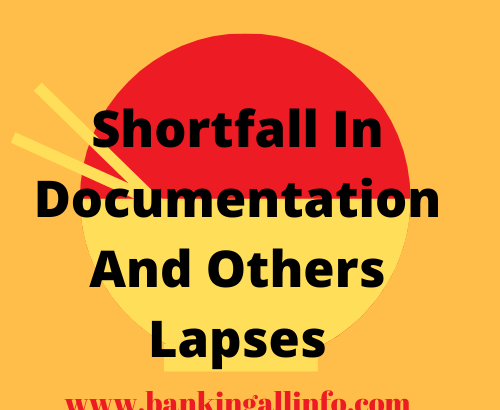 Shortfall In Documentation And Others Lapses

Shortfall In Documentation And Others Lapses.

Lapses : Lapses arise out of any kind of irregularities, misstatements, non-compliances of existing policy & procedures of the Bank, law of the land by which the Bank may incur financial losses.

Moreover, sometimes non-compliance of existing policies & procedures may not cause any financial loss with immediate effect but can result in erosion of reputation. At the same time any malpractice in Banking, misuse of offices and its fund is defined as lapses.

Types of Lapses: Based on the gravity of the irregularities, lapses can be classified in 4 (Four) groups as follows:

c) Deemed to be Serious Lapses 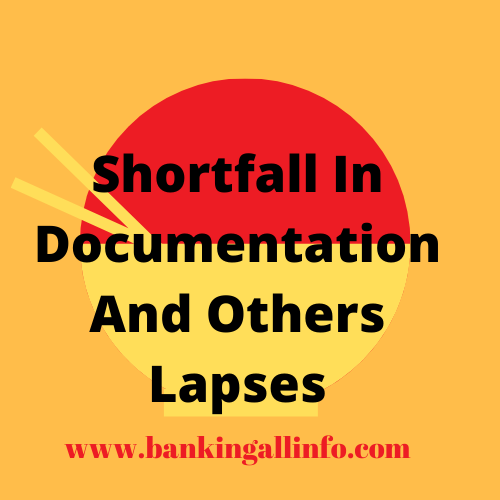 Documents, which are not acceptable in the court of law following cause, are mainly behind the invalidation of bank document.

LAPSES IN SUIT FILING, FOLLOW UP & MANAGEMENT OF COURT CASES

Frauds are operated in this area of Investments may be studied with the reference:

FRAUDS IN MURABAHA/BAIMUAJJAL (CASH CREDIT PLEDGE / HYPO) ACCOUNTS:
In case of Murabaha / Baimuajjal (Cash Credit advances) investment frauds are generally committed by depriving the Bank of its Security (both primary & collateral).In the matter of Pledge the Banks may be cheated in one or more of the following manners.

Punishment is an action to be taken by the management of the Bank for committing lapses / offences done by employees of the Bank. Punishable offences are activities, for which higher management thinks to take administrative action. Auditors should detect level or quantum of lapses/ offence and report to higher management.