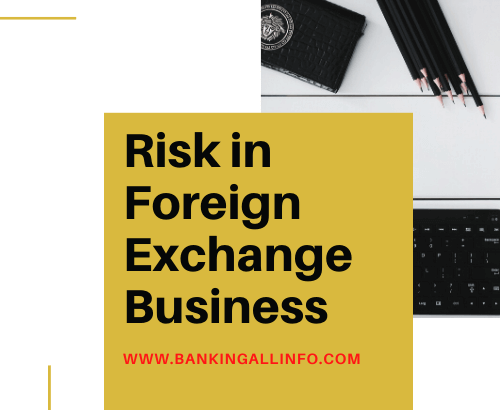 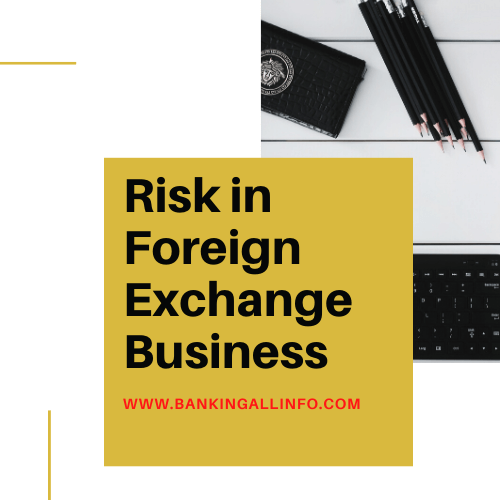 While these risks cannot be mostly avoided, the losses which arise out of such risks can be minimized through proper planning and adopting remedial steps. For this, first, let us analyze the gravity of the risks involved.

The risks under items 1 to 4 covered earlier are common to inland trade as also the foreign trade. But there are some risks that are peculiar to foreign exchange business, due to the nature of trade and the commercial transactions involved. They are covered below:

6. Exchange Risk: In foreign trade, the dealings will be between two countries, and sometimes it will be even with more than two countries. When more than one country is involved, there will arise a need to exchange one currency in lieu of another currency. Such an exchange of currencies can cause loss to some parties-seller or buyers due to the inherent risk of exchange rate fluctuations. The exchange rate is highly volatile. As the risk is very much prevalent in foreign business, the banks are offering the FORWARD BOOKING OF CONTRACTS facility to the exporters and importers so that undue loss on account of exchange rate fluctuations will not be felt by the parties. Ads are able to guide the customers on the selection of currency, the need to book forward contracts, and other technical details on export pricing and import payments. The ultimate risk of gain/loss must rest with the customers. Hence banks are selective in giving such advice.

7. Failure of Foreign banks: As the banks in foreign countries are mostly in the private sector one cannot be sure about the solvency of such banks for all time. There are numerous cases of bank failure too. Branch people should be aware of this risk and should take reasonable precautions to safeguard their interests.

The standing of the foreign banks can be assessed by referring to the Bankers Almanac available with all AD branches. This Almanac will provide details about the bank’s origin, cap[ital, profit, management, exposure, and other details.

8. Sudden change in policies: This is referred to as political risk too. In such cases, the Exchange Control Regulations, import-export policies, and trade regulations have been changed overnight, which will put the parties in difficulties.

To avoid this risk, the exporter/ banks ought to study the political setup in the buying country. The past history will be an indicator about the future events too and accordingly, steps can be taken. Today most of the exporters will not be keen to export to African and Latin American countries. The reason indeed is the fluid political and economic setup in these countries. The exports to Nigeria have given bitter lessons to exporting community, due to the delayed realization of export earnings, on account of the foreign exchange shortages faced by the importing nation.
9. Country Risk: Today, in the risk analysis, the prominent position is occupied by the country risk analysis. Before entertaining any exports, the seller will have to see the credit standing of the country of import. Detailed country risk analysis is also made by many foreign agencies. The Branch Manager must be quite conscious of this risk. Data on various aspects used for the assessment of “country risk”. They include factors such as economic policies, political stability, foreign debt position of the country, exchange rates, energy dependency, international relations, economic growth, distribution of GDP, natural resources, export potential, development potential, industry base, inflation factors, the balance of payments position foreign reserves.
10. Interest Risk: This has assumed great significance in Forex transactions especially due to the volatility seen in the rate of interest across the countries. In arbitrage operations, where profits are made by investing to take advantage of rate differences, managing interest risk is of paramount importance. This is mostly a dealing-related function.
11. Liquidity Risk: Today great thrust is given to the subject Asset-Liability management, in which one of the significant aspects is managing liquidity risks. In forex and inland operations, banks do face the problem of liquidity. Many banks face the problem of liquidity crunch, which arises due to a mismatch of operations leading to liquidity risks. Banks have started paying vital importance to manage liquidity risks.
12.Payment Risk or Settlement risks: This risk is related to non-payment by banks with which contracts have been entered into. So far banks’ failures have been far and few. But during the last 4-5 years very many big and reputed banks failed due to managerial deficiencies and over trading by senior officials of banks. This has created uncertainties of settlement by banks in general. In development countries, hour-wise settlement is devised to minimize the risk of non-settlement. In our country settlements are made at the end of the day.