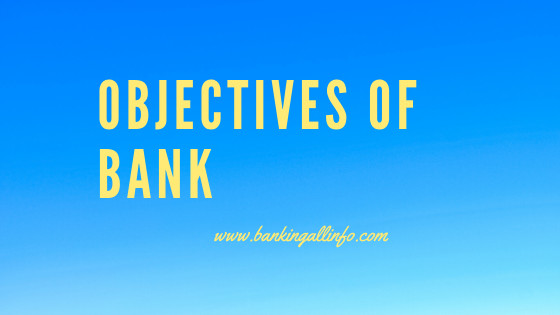 Objectives and importance of Bank

1. Objective from the view point of Bank owners

i) Earning profit: Profit motive of the owners of the Bank acts as a driving force in engaging themselves in the business of banking like all other business.

ii) Rendering Services: Bank renders various services to the society as a part of their social commitment and this is a prime objective for engaging in banking business. Bankers are not only to make profit but also to do some good to the society.

iii) Investment of fund: Theowners of the banktreat the bank as a suitable sector to invest their accumulated saved money.

v) Raising efficiency: The owners sharpen their managerial skill and efficiency by ensuring smooth operation of their banking business.

2. Objective from the view point of the government

i) Issuance of Note and currency notes: Government issues notes and currency as a medium of exchange through banks.

iv) Control of money market: Bank by its various products help in controlling money market (supply of money in the market) and guards against the economy to be inflated.

3. Objective from the view point of bank customers

ii) custodian of public money: Sometimes bank acts as a financial advisers and counselor to its customers in various aspects.