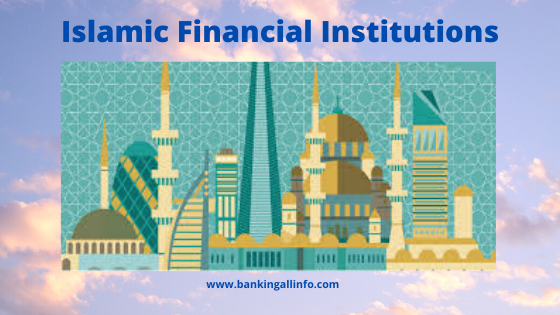 a. Establishment
The idea of establishing an international financial institution for Muslim counties was discussed in the late 1960s by the Organization of Islamic Conference (QIC) Working papers were circulated and proposals made, but no concerted action was taken until the first meeting of the Finance Ministers of the Islamic countries held in Jeddaha 1393H (December, 1973).

The second conference of finance ministers held in August 1974 adopted the Articles of Agreements establishing the Bank. The Bank began functioning on 15 Shawal 1395H (20th October 1975). 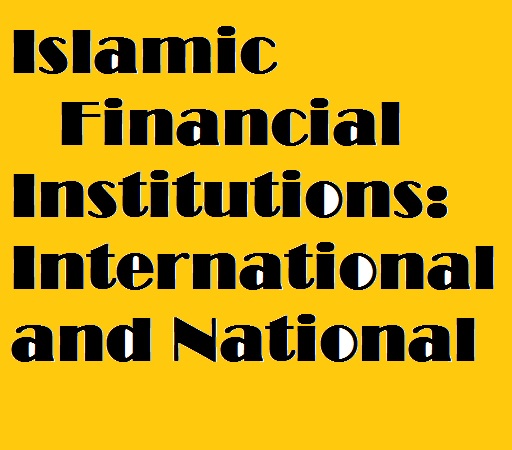 The establishment of the Islamic Development Bank was aimed at contributing to economic development and social progress of its member countries by reinforcing economic co-operation among them, assisting in the development of Islamic economics, banking and finance, and promoting the economic and social welfare of Muslim communities in non-member countries. In order to realize the abòve objectives, the IDB is empowered by its Articles of Agreement to engage in the following activìties.

The Accounting Standards for Islamic Banks are prepared by the ‘Accounting and Auditing Organization for Islamic Financial Institutions . (AAOIFI)’, which was established in accordance with the agreements signed by Islamic Financial Institutions on 26 February 1990 in Algiers during the meeting of Islamic Banks and Financial
Institutions. AAOIFI was registered on 27 March 1991 in the state of Bahrain as an international autonomous non profit making a corporate body.

The objectives of AAOIFI are as follows:

The structure consists of:

i. a General Assembly,
ii. a Board of Trustees,
iii. an Accounting and Auditing Standards Board,
iv. an Executive Committee,
v. aShari’ahßoard, and .
vi. a General Secretariat to be headed by a Secretary- General.

Islamic Research and Training Institute (IRTI) was established in 1981 to undertake research, training and knowledge generating activities on economic, financial and banking issues. It organizes seminars and conferences on various subjects in collaboration with national, regional and international institutions. It also undertakes information gathering activities such as the development of the Information system for use in the field of Islamic economics, banking, and finance, as well as management of databases on Muslim” experts and trade information and promotion.

The research activities of IRTI include organizing and conducting basic and applied research for developing models and methods for application of Shari’ah in the fields of economics, banking and finance. IRTI also develops human capital capacities in Islamic economics to meet the research and training needs of Shari’ah observing institutions in member countries, The research output of IRTI takes various forms, such as research
papers, background and discussion papers, seminar proceedings, lectures, and articles published in the IRTI journal “Islamic Economic Studies” which is a refereed bi-annual journal published in Arabic, English, and French.

The Origin ,
The International Association of Islamic Bànks (IAIB), was established as a technical advisory institution for Islamic banks which began to grow up and spread all over the world as a reflection of the intent of the Muslims at community as well as national levels to introduce the economic tenets of Islamic particularly in the field of Islamic banking. It was founded on the 7th Ramadan, 1397(H) corresponding to 21 August, 1977. The text of
documents was approved and deposited with the Islamic Development Bank, Jeddah. It received acceptance from the 9th Islamic Conference of Foreign Ministers held in Dakar, Senegal on 24-28 April, 1978. The Conference recommended that the member states of the Organization of Islamic Conference (QIC) fully support the Association. The text of the agreement. to establish the Association was submitted to the OIC, which in turn
distributed the text to all its member states in’ 1978. The Association was given an observer status by the OIC. Consequently, the Association has been represented at all the conferences of Islamic Foreign Ministers since the 9th conference, and has also attended the Islamic Summits from the 3rd onwards as an observer. It has been playing an active role in the meetings of the central banks and monetary agencies of Islamic countries as
well as in the meetings of specialized bodies of the OIC in the field of banking and insurance.

The Objectives of the Association

However,’ the specific objectives of IAIB are given below.
a. Provisions of technical assistance and sharing of experience with those Islamic communities that wish to establish Islamic banks at request.
b. Follow up of procedures for establishing Islamic banks at the local and international levels and support of their activities and assistance in their development.
c. Laying down foundations for cooperation, coordination and sharing of experience among Islamic banks as well as exchange of information and data relating to positions and obligations of customers on the strictly confidential basis provided that such information shall be confined to member banks and not be circulated to non- members. The Association shall also assist member banks to overcome obstacles and sort out problems facing Islamic banks, without interfering in their executive affairs.
d. Representing common interests of Islamic banks at all levels and defending interests of member banks.
e. Endeavoring to facilitate flow of funds among Islamic banks.
f. Seeking to coordinate and standardize banking systems and procedures relating to Islamic banks’ activities.
g. Enhancement and development of performance of Islamic banks’ staff members.
h. Provision of advice and undertaking studies of projects relating to Islamic banks together with offering proposals for attracting funds and identifying the role of Islamic banks in that respect.
j. Assumption of mediation and arbitration roles for Islamic banks according to procedures formulated by the Board of Directors of the Association. ,
j. Undertaking researches on issuance in banking, money and credit at the local and international levels proposing viable resolutions of the same, in order to enable Islamic banks face those problems.
k. Staging campaigns with the objective of enhancing awareness and propagating Islamic systems and transactions.
The IAIB pursues its objectives through four main organs, namely

5. Islamic Financial Services Board: (I F S B)

Established in the year 2001 for promotion of Islamic Financial Industry. Consolidation of co-operation among members of the Councils and similar Institutions in areas which serve the common objectives by using available means, providing information related to Islamic Banks and Financial Institutions and related Islamic Organizations and promotion’ of the interests of members and confronting the common difficulties and
challenges and promotion of co-operation among members and other parties, particularly regulatory authorities.

8. International Islamic Conciliation and Commercial Arbitration Centre:
Established in Dubai UAE in the year 2005 to settle financial and commercial disputes between financial Institutions that have chosen to comply with the Shari’ah to settle disputes.

viii. To have cordial and mutual intellectual academic, research and development activities and relations in Islamic Development Bank (IDB), International Associations of Islamic Banks(IAIB), The Accounting and Auditing Organization of Islamic Financial Institutions (AAOIFI), Islamic Research and Training Institute(IRTI) of IDB and like other Organization.

Bangladesh Islam Bankers Association abbreviated as VBIBA! was founded in 1981 as a voluntary organization. It was formed by the wholehearted efforts of some Bankers & Economists with the basic objective of establishing Islamic Financial System Bangladesh.

The main objective of BIBA is to fight against RIBA

It’s objectives are mainly two folds:
1. Ultimate goal:
(A) To remove Interest from every sectors of life specially from banking Sector.
(B) To establish an Islamic Banking system in Bangladesh.

BIBA has also taken an effort to publish a monthly representing journals as “News Letter’ aiming to supply necessary information and to organize public opinion about Islamic Banking. BIBA organized a number of seminars, symposium also in collaboration with other organization.

4. Islamic economics research bureau (IERB)
Islamic Economic Research Bureau (IERB) is a privately organized research organization with the basic objective of undertaking research on Islamic Economics and disseminating the results of such research works through various means. The IERB was founded in 1976, by a small group of dedicated Islamic thinkers and was registered in 1982.

In addition, a number of national seminar on issues like Islamic Economics, Distribution on of Income and Wealth in Islam, 4th five-year Plan of Bangladesh, Gulf Crisis : Impact on Bangladesh Economy, Bangladesh : Future Directions and National Budget. The IERB has so far organized 350 monthly, bi-monthly, district level and regional seminars.

Publications
Thoughts on Economics, Thoughts on Islamic Banking, Thoughts on Islamic Economics; Dimension of Development in Islam, Text Book on Islamic Banking, Towards An Islamic Common Market, Money and Banking In An Islamic Framework, Nationalization and Bangladesh, Islamic Banking System, Islamic EcOnomics: Theory and Practice, Interest, Society and Economics, User in Islamic Viewpoint: Bangladesh Perspective,: Zakat and Poverty Alleviation, Women in Development, Development of SMEs :Financing from Islamic Perspective.
A number of Research and Policy Monograph has also been published both in English and Bangla.
The IERB has been publishing its quarterly journal entitled Thoughts on Economics since 1980. It is a refereed journal widely acclaimed home and abroad, It has also been listed with the Library of Congress bearing a number ISSN 0256-8586.