The International Association of Islamic Banks (IAIB), was established as a technical advisory institution for Islamic banks which began to grow up and spread all over the world as a reflection of the intent of the Muslims at community as well as national levels to introduce the economic tenets of Islamic particularly in the field of Islamic banking. It was founded on the 7th Ramadan, 1397(H) corresponding to 21 August, 1977. The text of documents was approved and deposited with the Islamic Development Bank, Jeddah. It received acceptance from the 9th Islamic Conference of Foreign Ministers held in Dakar, Senegal on 24-28 April, 1978. The Conference recommended that the member states of the Organization of Islamic Conference (OIC) fully support the Association. The text of the agreement to establish the Association was submitted to the OIC, which in turn distributed the text to all its member states in 1978. The Association was given an observer status by the OIC. Consequently, the Association has been represented at all the conferences of Islamic Foreign Ministers since the 9th conference and has also attended the Islamic Summits from the 3rd onwards as an observer. It has been playing an active role in the meetings of the central banks and monetary agencies of Islamic countries as well as in the meetings of specialized bodies of the OIC in the field of banking and insurance. 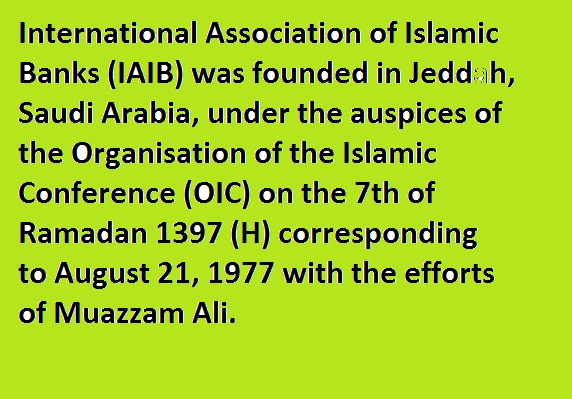 The Objectives of the Association

However, the specific objectives of IAIB are given below: