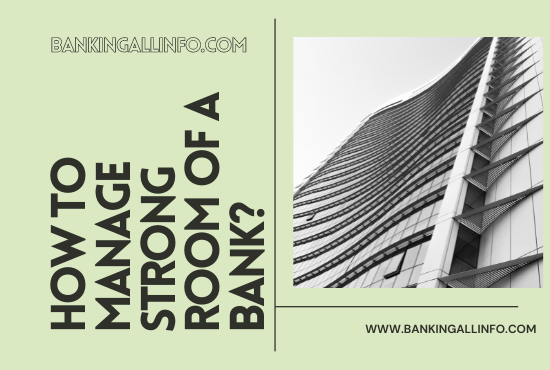 Handling of Keys is one of the most critical activity at the branch. Robust control on keys directly reflects the discipline that a branch exudes. Keys can generally be classified into Critical and Non-critical. Critical keys are generally the keys for Cash Vault, Cash counter, Vault room and Branch keys. Non critical keys could be for the drawers, cupboards etc. Criticality is chiefly governed by the requirement of dual locking/custodians for sensitive storages like Cash Vault, Vault room etc. Non critical keys are keys for single custodians and are for non-sensitive but important storages like workstation drawers, cupboards etc.

Key handling for both critical and non critical keys is important, however, the degree of importance and hence controls differ.

Some of the important controls for Critical Keys are:

A Register (B-24) of all-important keys, including those of he Cashier must be kept at every branch. This Register will contain full particulars of the keys of the branch and will show where
the originals and the duplicates are to be found. The entries in the register will be initialled by the official holding the original key and the Manger. The entries should’ also be initialled by
every incoming Manager, whenever there is any change of Manager. “Important keys” include keys of strong- room, doors and safes and cabinets therein containing cash, gold, ornaments,
banks’ and correspondents’ control documents, articles in safe deposit, documents of value to the Bank, revolver and gun licenses etc.

None of the custodians is authorized to leave the ‘Important keys’ with any officials without the written approval of the Manager and Manager without the approval of the competent
authority. Such approval should be recorded in the Key Register (B-24) by making proper entry under due authentication of the Branch Incumbent.

When the strong-room keys and other keys are kept in the personal safe of the Manager (or the 2nd officer jointly in-charge of cash), the key of the safe in which they are lodged must not leave
his custody. Sub-ordinate employees of other unauthorized persons must never be allowed to handle the keys of the strong-room and safes, for any purpose whatsoever. Should this by any
chance occurs, the circumstances must be immediately reported in full to Head Office so that necessary steps may be taken to safeguard the Bank’s interest. A small safe may also be given to
the 2nd Officer/Cash in-Charge for keeping the strong-room keys, important documents etc. and others keys held by him. The key of this safe must not leave his custody. The important keys
should never be given to any unauthorized officer or person nor made visible during the course of use and custody at any moment.

In the event of absence from duty, the 2nd Office/Cash-in-Charge may, subject to the approval of the Manager, authorize his senior-most assistant to perform his duties.

Great care must be taken with all locks and keys. Any important key Showing signs of serious wear should be send to Head Office in a sealed packet in order that a new one may be made the
duplicate being used meanwhile. No important key may be made, and, except in an emergency, no repair to any important lock may be carried out by local mechanics without the prior
permission of Head Office.

Particulars of these keys will be recorded in a separate section of the Branch Keys Register.
Non-critical keys:

Controls for Non-critical keys are also important to ensure that there is no disruption in branch functioning and customer service is unaffected. Recording the non critical keys
and maintaining a key hive box for them is a good enough control. However, branch needs to be make sure that access to key hive box is restricted and keys availability is
reviewed periodically e.g once in six months.

Safety / Security of Strong Room during Transaction Hours
Strong Room / Vault must be kept Closed / Locked during transactions hours under Joint Control of two key holders from Triple Custodians and both the Joint Controllers must be present
whenever the strong room is re-opened during the Day / Office Hours. Cash In-charge must keep his / her hand balance (exceeding counter limit) in a steel box under lock & key in the strong
room.

Importance of cash management in Bank