The balance of Trade (BOT) and Balance of Payment (BOP) 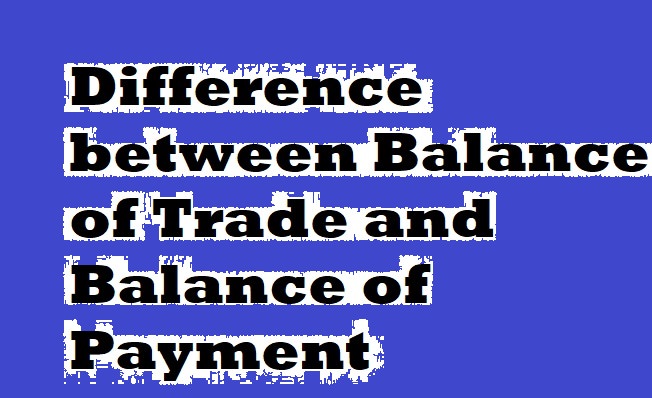 ” The benefit of International Trade a more efficient employment of the productive forces of the world.” – John Stuart Mills.
International trade is essential for the prosperity of the trading nations because:

Every country lacks some vital resources that it can get only by trading with others;

Causes of Foreign trade where treated duly by the classical, neoclassical and contemporary economists. Some of the theories that they developed are mentioned


iii) Opportunity Cost Theory (Haberler): He advocated for measuring the value of output in terms of opportunity cost, instead of the labor theory of value as propounded in Absolute Advantage and Comparative Advantage Theories.

Definition of Balance of Trade (BOT):

The balance of trade of a nation is a systematic financial record, usually a year, of its imports and exports of visible commodities from and to the rest of the world.


On the other hand, the balance of trade is the difference between the value of goods and services exported and imported. It contains the first two items of the balance of payments account on the credit and the debit side. This is known as “Balance of Payment” on “Current Account”.

Definition of Balance of Payments (BOP)

Kindlebergen has defined that “the balance of payments of a country is a systematic record of all economic transactions between the residents of the reporting country and the residents of Foreign Countries during a given period of time”.


As defined by the International Monetary Fund (IMF), the balance of payments is a statistical statement for a given period showing:

Explanation of Balance of Payment (BOP)

These credit and debit items are shown vertically in the balance of payments account of a country according to the principle of double entry book-keeping. Horizontally, they are divided into three categories: the current account, the capital account, and the official settlements account or the official reserve assets account. 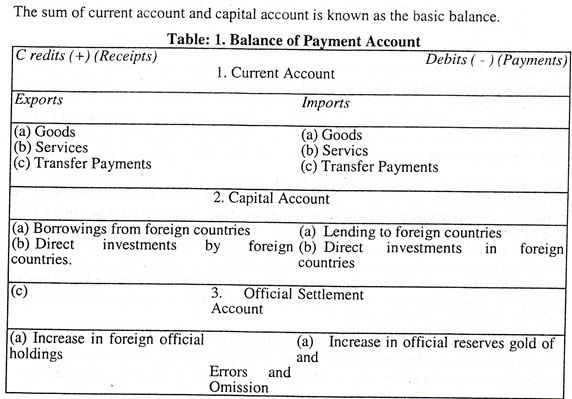 There are two types of transactions in the capital account, private and government. Private transactions include all types of investments: direct, portfolio and short-term.

Government investments consist of loans to and from foreign official agencies.

The official settlements account shows transactions in countries A’s official reserve assets (net). Errors and omissions is a balancing item so that total credits and debits of the three accounts must equal in accordance with the principles of double-entry book-keeping so that the balances of payments of a country always balance is the accounting sense.

Types of Balance of Payment disequilibrium